The Patriot, a section of our local Prince William County (Northern Virginia) newspaper had an article today advising that federal law has been changed to allow a military-style hand salute during the playing of the national anthem.  This will apply to

"The military salute is a unique gesture of respect that marks those who have served in our nation's armed forces,"  Veterans Affairs Secretary Dr. James B; Peake said.

The same law allows veterans and active duty military personnel not in uniform to render a military-style salute during the raising, lowering or passing of the flag.

We attended a Veteran's Day event last weekend and I noticed some older men in civilian clothes saluting during the national anthem - now I know why.

That means if a vet attends a military burial ceremony, they'll have the right to salute the folded flag as it is passed to the surviving spouse. 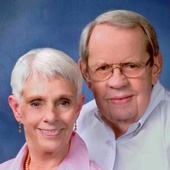