New numbers released by the Japanese government indicate the country has entered a recession.

Japan has estimated that its Gross domestic product (GDP) contracted at an annualised rate of 0.4 percent.

The Bank of Japan has also cut its key interest rate for the first time in more than seven years, lowering it to 0.3 per cent, joining central banks around the world in trimming borrowing costs.

Japan joins Germany and Italy on the list of Group of Eight major economies that are officially in recession.

The technical definition of a recession is two or more consecutive quarters of negative economic growth.

Each VERICO Broker is an independent owner operator.

I heard this on the news this morning. I am not surprised. The recession is widening and is world wide in scope.

Since so many in the US don't have a jobs that pay enough anymore, or even a job, they cannot buy all of the stuff Japan produces and sells mostly here. Go Figure that on out?

Thanks for the post Gina,
I heard the news this morning as well....I think there will be more of this to come

Like
Alyce Martin
The Realty Group, LLC - Albuquerque, NM
Albuquerque - THE Place To Be!

Hi Gina - how is Canada faring?  Are you guys approaching a recession as well?  Have things slowed down?  How's real estate moving up there?  I'm down by Mexico, a long ways away but curious about our dear neighbor to the north.

Watch what will happen to savings rates in Japan over the next 2 quarters.  As an exporter nation, and a lender nation, their ability to buy fund our debt is going to be severely effected.

Hi Alyce, things are slowing having an affect on Canada as well.  Real Estate sales have definitely slown down in many areas of Canada.

Like
Toronto For Sale By Owner
HomesByOwner of Toronto - Toronto, ON 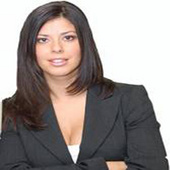