A new bridge to the Outer Banks?!  For anyone who hasn't heard, there is a possibility that a bridge connecting mainland Currituck to the beaches of Corolla could happen within the next four years.  There has been much deliberation about this subject among citizens of Currituck and Dare Counties over the past few years.

In February, citizens' workshops took place and over 550 people attended.  Citizens were presented with multiple alternatives.  The primary goal of the alternatives would be to improve the existing roads in the area, with the possibility of building a new bridge that connects the mainland of Currituck County to the beaches of the Outer Banks, with various other improvements to the roads.

After the workshops, over 350 citizens commented on their thoughts about these alternatives.  The people who commented consisted of residents, property owners, employers, and local officials.  Most respondents expressed concerns with the need to reduce traffic congestion, and to improve the ability to evacuate in the event of emergencies, such as hurricanes.   Another concern expressed was the need to enhance access from our beaches to the mainland.  Many stated the fact that a new bridge would best address the traffic congestion problems.  Other respondents expressed concern about adverse affects the bridge may have on the area's natural resources and pristine environment.

If you would like further information and would like to keep track of the project's progress, including the results of recent traffic and market surveys, please click here. 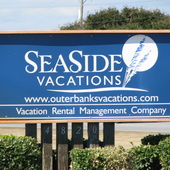