We all know that there are many reasons agents need to supplement their income with a second job but we need to let our clients know up front how available we are. Especially if we are not working on a team or don't have someone to fill in for us. This is just one reason.

While driving out of the new subdivision, I saw two people looking into the window of a new home. I stopped and asked if they would like to see the inside, as it is a friends listing and I know the home well. They were thrilled, the husband explained that he was on leave and they needed to buy a home within the next two weeks the wife quickly interjected with "we have an agent"! I explained that it was o.k. that I was just opening the door and answering questions on the house. The husband went on to explain that their agent had a full time job doing something else and that she sold real estate part time and could not come out looking with them.  The wife told me that their agent was very nice and they really liked her but she never let them know she didn't work full time in real estate. When they had gotten to town she told them to look on the computer and narrow it down to two to three homes. I really felt bad for this couple they had a signed buyers agreement and they liked their agent but they were afraid they wouldn't be able to complete the transaction prior to the husband having to return to Iraq. There were two additional homes in the subdivision they were interested in seeing so we spent a little time viewing these homes. My thoughts, if nothing else they were able to take them off of their list.

It has been three weeks since this happened and to be honest I had forgotten about it, until last night when I received a phone call from a young man who said he was referred by a friend and explained how his friend thought of me when he said he was looking for a home and told me the story I just told you. No the original couple did not buy a home while he was on leave, he will be home in January and they hope to purchase then.  So by me spending a little time trying to help this couple expecting nothing in return, I now have a new referral.  What a nice surprise.

You are right -- if agents are only working part time they owe it to the people they work with to tell them. But we don't understand how an agent can be part time and be in this business. Just our 2 cents.

It seems to be a law of the universe that one "gets" by "giving" (and with no strings attached).     Thanks for your post.

I give referrals to agents when I have them, and I cannot refer to a p-time agent myself, as how can that compare to a full time agent's service? You sound like a great person and you definitely deserved that referral! Great story!

Marie~ You certainly have your heart in the right place.  You did the right thing. Doing the right thing at all times is one of the things it takes to be a great agent.  Thanks for stopping by earlier and taking the time to read and comment on my post!  I JUST LOVE YOUR OPTIMISM and POSITIVE ATTITUDE. Vickie McCartney

Marie - You are awesome. I wish we had agents like you around every corner. I think you just gave our industry a great big thumbs up. If we work together regardless of the short term gain we would all be in much better shape. Your kindess will be rewarded over and over again. I admire your professionalism - not a negative word just great services. Thank you. I'm glad I stopped by.

Thank you all for your kind words but I truly wrote this not for the pats on the back but so that people can understand how important it is to disclose up front how much quality time you can devote to them.

Hi Marie! Hope you're feeling better and Happy Thanksgiving!
I love your post! It's exactly what we talk about all the time: being able to take care of the client whenever the client needs us, not when we have the time for them. I got to say though that "no good deed goes unpunished", so I'm glad to hear you got something nice from that experience. Good luck with your new client!

Yep, you definitely have to be full-time if you want to make any money and properly service clients in today's market!

What a nice story with a happy ending! It is really frustrating when the listing agent is part-time.

The sad part of the whole thing is that in this market, you almost need to have another source of income.  That being said, clients also still expect you to be full time.  I'm glad that I've been fortunate enough so far to continue to grow my business and weather the storm.  I know once all the clouds clear and the agents who were not committed anyway are gone, there will be plenty of business for all of us.

You make a good point and it is a shame that some agents find they have to turn elsewhere to make a living.

Your level of service is fantastic.  There are times when we just have to give a little extra and the rewards speak for themselves.

It is upsetting that the agent locked this couple into a contract and she is not performing her duties.  I am not an attorney but that sure sounds like a breach of contract.  We wonder why buyers are hesitant to sign these contracts.

I could not agree more, if you take time with people you will surely be rewarded for your efforts.  What a great job!

Marie in Clarksville - WOW...Legendary Customer Service.  Marie selling Clarksville loves referrals. I think you are able to be a part time Realtor and still maintain the customer satisfaction.  Being prepared and establishing a relationship prior to the arrival, will ensure that you are able to free up your schedule for showings.  In any event, if you team up with another Realtor to assist you with the buyers is always an option. How did the referral turn out?

Hi Michelle, We will be closing on his new home this coming week. It has been a very smooth transaction. He is very happy with the home and can not wait to move in.

Marie, if you don't belong to the "sell with soul" group here on Active Rain, you should, it is all about selling real estate "with soul" or by the golden rule, do unto others as you would have them do unto you... Glad it worked out so well for you!

Marie - this is great!  Sometimes just being out there, being helpful, like in a situation like this sends out that good karma signal that sometimes comes back in incredible ways.  Just like I said in my last post that you commented on.  I too would have shown the property.  It makes you stand out from other Realtors as someone who's there and who's helpful.  Congrats on the referral.  And I'm with Janie - check out the "Sell with Soul" group.  I think your personality would fit in quite well with the rest of us.

Thank you so much I will have to go over and check out "sell with soul" I did look quickly when Janie referred me but I haven't had the chance to go back. It looks like I'll be in good company. 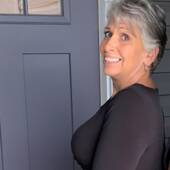