Want a greener home? Think about wrapping it in bark.

Not so unusual in other parts of the country, but rarely seen in our neck of the woods... bark siding looks great, and signals that you are serious about recycling.

Spectrum Construction and Development (www.spectrum-construction.com) is completing the remodeling on what is believed to be the first house in the state with bark siding. The pristine three bedroom home on Lake Mohawk in Sparta was purchased by a Jersey City woman as a weekend retreat.

"It ties right into the existing renovation. There's a lot of stone and logs, she thought it (the bark) would compliment the natural beauty of the stone", says Spectrum President Don Dyrness.

The bark is snipped off when poplar trees are cut down for lumber. It is dried and cut into siding. The material is more costly, but lasts up to eighty years without any maintenance, like staining or painting. And when it is finally replaced, the bark can be ground into mulch, so it is fully recyclable!

Dyrness says green products are becoming more important to his customers. Energy efficiency and sustainability have become the biggest selling points for exterior and interior materials. In keeping with the natural theme, the bark house has a sink made from a carved tree trunk.

You can read about bark siding at www.barkhouse.com. We think Sparta's bark house will be the first of many. Good ideas have a way of branching out.

We purchased the bark siding from Highland Craftsmen in North Carolina.  www.highlandcraftsmen.com  They were great to work with.  My contact was Matt Weatherman.

Like
#2
Mark Woodward
Floor Coverings International - Randolph, NJ
We bring the flooring store to your door

Great information!  It is so true, I never see bark here in Northern NJ.  With the green movement so abundant, this is such a natural progression in siding. 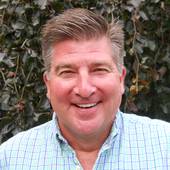