Right now we are giving money to banks with so called "Liquidity Injections" in hopes that they will do more lending.  Doesn't seem to be working because they will just hoard the cash till they know the future is brighter.

Loan Modification will be the primary focus with   Regardless, I'm thinking that Barak Obama will be more helpful to homeowners facing foreclosure.

Some of the proposals which are likely to be a government proposal to cover as much as 50% of the losses on modified mortgages.  Wow, another handout to the banks.  Why shouldn't they just take the loss

What are some of the proposals you think will be passed during the Obama administration?

Let's hope that we can get through these massive layoffs and job losses.

I am to the point that the president needs to prove to me he will truly do what he said in his campaign. They all say what we want to hear and always change when in office.

I'm not sure how much Obama has to do with it.  These loan modifications were going to be necessary.  I hope its real help for the homeowners and not just some sort of short term fix with more long term problems.

He has a list of over 200 things he is repealing that Bush passed. Thats a good start.

'bama won't do anything.  He can't.  He has this albatros around his neck that he came to the party with, the same one that W has been saddled with.  Its called Congress.  They pass the 700B bailout and now they're asking the Treasury secretary what the heck happened.  They signed a blank check and it's doesn't seem to be doing any of what they wanted.

And on deck is the auto industry.

Just goes to show that the best way to deal with this is to get the government out.  They created this when they twisted lenders arms to lend to people who really didn't know how to manage money.

I hope for a brighter future, but I fear we're going to get a worse version of what we've been getting.

The real problem is: The government doesn't have the money to deal with the situation. And, then there's the problem of the loans bundled into mortgage backed securities--about $6.5 TRILLION DOLLARS worth. Renegotiating those will be a nightmare (That's one reason Paulson backed away).

Now the government has about $350 billion left to deal with the mess, and it's not nearly enough. FDIC Chairman, Sheila Bair has estimated that another 4 to 5 million mortgages will go into foreclosure in the next 2 -3 years. Regardless of what Obama does, or wants to do, he can't help hundreds of thousands, perhaps millions who may need it.

The only way to fix the situation is to improve the economy.  Improving the economy doesn't happen with a tax increase and protectionist policies.  The fact is that things are going to get worse unless Obama "changes" his tack.

With the debt already out there, just don't see how it's possible to help all who need help.

Sad, but we must be realistic.

The government needs to back out and let the empires fall.  It's just too late to save them.

I'd like to say so as well, let them go.  However, just like a sinking ship, the vortex will take down everyone around it.

To all that commented,

It seems that most agree there is not much the president can do to save the homeowners.  I would agree.  If we can allow the markets to work this out, we will see the light at the end of the tunnel several years from now.  Thanks for your comments, Jason

I do not think he will do anything

It doesn't matter who the president is.  The "market" is the "market".  Home prices cannot be instantaneously buoyed, Unemployment won't drop to 4% in six months.

Under the US Consitution - it is Congress not the president that should be fixing this.  Civics 101.

You are absolutely right.  The president can only guide, push, encourage and have restrain with his veto power.  He does nominate treasury secretary who is going to have to take a role in solving this problem.

I know it sounds harsh but people cannot continue to blame everyone else for bad mortgage products. You know when you over commit yourself and if you do that then sometimes foreclosure is the price you pay. Yes the banks made bad loans and they have their role to play - but it's time to let the adjustable loans reset - if that causes foreclosures then so be it. Don't delay the inevitable - get it over and done with and then - and only then - will there be hope for recovery. 85% of people who get loan mods default again within 6 months. You can't make a mortgage low enough for financially irresponsible people - they most likely fall behind again and then expect more help. If we let it all happen now then we can recover - stretching it out over several years trying to save people from themselves will only prolong the financial crisis. I'd rather take a deeper hit for a shorter period of time (by way of diminishing home value and losses on investments) than take a sustained hit for years to come so the people around me who had no business buying a home well outside of their price range can hold on for dear life. I understand job losses and medical emergencies can impact people - but that is not what the majority of the problem is here - and of course I expect the bank to take my house if I cannot pay for it for whatever reason - hopefully smart financial planning on my part, the appropriate medical and disability insurance and savings will see me through any tough times if I get unlucky - if you don't have the means to plan like this should you commit to a mortgage? Just a thought.

Well, our President  did admit that this economic crisis will take more that a year, maybe a president's full term to recover. With that being said, I believe that we (agents) should do everything we can to help our clients by educating them . It it much too late to point fingers, we need to get busy, and work hard on trying to keep the homeowners in their homes. We may not get a commission check right now, but I am convinced that helping homeowners now, could be will rewarding down the road. For example, the more homeowners who remain in their homes could help stabilized this declining market. Keep in mind, this is my humble opinion. 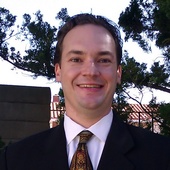