Words Can Make or Break a Sale

WORDS matter. Wars have started over them. Civilizations have collapsed because of them. And it would appear that the speed with which a house sells might be determined by them.

As listings grow old on the vine in this flush-with-inventory market and frustrated sellers grapple for the slightest edge, the findings of several academics might offer some guidance.

For example, a Canadian professor, as part of a broader study on real estate sales patterns, found that sales in which the seller was "motivated" actually took 15 percent longer to sell, while houses listed as "handyman specials" flew off the market in half the average time.

"It surprised even me," said researcher Paul Anglin, who teaches real estate and housing trends at the University of Guelph in Ontario, Canada. The study dissected the wording of more than 20,000 Canadian home listings from 1997 to 2000.

What surprised him most was how the buying public  put style over substance. Words that denoted "curb appeal" or general attractiveness helped a property sell faster than those that spoke of "value" and "price." Homes described as "beautiful" moved 15 percent faster and for 5 percent more in price than the benchmark. "Good-value" homes sold for 5 percent less than average.

Another finding in Anglin's study was that the plea of "must see!" was received about as enthusiastically as a dinner-time telemarketing call. Homes with listings using the words "must see" had a statistically insignificant impact on the number of days they took to sell.

Listings where the word "landscaping" was heralded sold 20 percent faster, and homes in "move-in condition" took 12 percent less time to sell than the benchmark, although the study showed "move-in condition" had an insignificant impact on the sales price.

Owners use listing language to convey how serious they are about selling. Some words work better than others, Anglin's study found. Listings in which the seller said he or she was "moving" sold for 1 percent less in price compared to 8 percent less when the seller was "motivated."

Real estate listings, not unlike personal ads, are crafted to minimize blemishes and maximize perceived selling points. So if "enjoys moonlight walks on the beach and cooking together" means "I'm unemployed and am looking for someone who won't always expect to eat out," then "needs TLC" might mean "this house will have you on a first-name basis with the clerks at the local hardware store."

Anglin's study isn't alone in efforts to determine what language moves the market.

Last year, the impact of listing language was covered in a National Bureau of Economic Research study that looked at whether real estate agents selling their own homes hold out for a higher price. (They do; the study found they take longer to sell but fetch a higher price.

'As is' lowers price

Descriptions of houses that indicated an obvious problem -- such as "foreclosure," "as is" and "handyman special" -- drew substantially lower sales prices.

One problem discovered was that "superficially positive" words that, in effect, damn with faint praise -- such as "clean" or "quiet" -- had zero or even a negative correlation with prices.

Those findings echo those made in a 2000 paper called "Real Estate Agent Remarks: Help or Hype?" researched by University of Texas finance and real estate professor Ronald C. Rutherford.

Rutherford found, among other things, that buyers read between the lines. If you can't find anything better to say than "new paint," perhaps it's best to say nothing at all.

"What you say needs to be extravagant," Rutherford said, "or the signal that is received by buyers is that it's not worth talking about."

But what do sellers know? "New paint" appeared on 15 percent of the listings and was the most commonly listed comment.

Rutherford said sellers would be best served by a listing with "just the facts, ma'am."

"In today's market," he said, "if it's a good deal, you need to convey it with factually verifiable language."

An example: "Needs repairs," he said.

Of the information from his study, conducted between 1994 and 1997 of almost 60,000 closed residential transactions in Tarrant County, Texas, what surprised him most?

That homes with "motivated" sellers stayed on the market 15 percent longer than average and sold for 4 percent less.

His theory: "They overpriced the house to start with and eventually had to lower it. That explains the length of time on the market and the lower sales price."

Does he have any advice for today's sellers?

Words That Can Help a Listing:

Words that can hurt a listing:

Great post!  Words are very important as they can build up or tear down even the best.  I look forward to reading more of your posts.

Excellent article, thank you for sharing the study results.

Words are also very important to us home inspectors. I always tell my clients that there is nothing that can't be repaired. It just takes time and money.

Thanks for the comments it is true words can make or break a sale.  I'll remember these tips when taking a listing.

An exceptional post -- am going to look at all my "descriptions".     thanks!

Quite interesting. I've also found, though, that advertising a listing to the proper target audience and knowing the demographics of the neighborhood or condo complex work wonders. I'm continually amazed that someone will advertise a listing in an older neighborhood built in the 1970s and with 90% original owners some place like a university newspaper. Yes, mom and dad might be looking for a home for the little one while he's in college, but I guarantee you that little one knows where he wants to live and where he doesn't want to live.

That's an interesting article.  Linguistics have long been an important factor in sales.  I had to laugh at the new paint, that does make me wary. 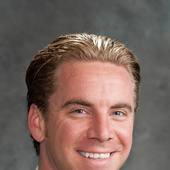