While Normal is a relative term, this press release from the local Board of Realtors this morning calls it "pre-boom" levels, aka 2001ish. . . .

Low interest rates and high inventory added up to more homes going into contract in July. More homes in fact than any other month since August 2007 as new listings fell, according to the Columbus Board of REALTORS®.

Homes in contract continued to increase this summer to an 11-month high. There were 2,051 houses in contract in July, the highest amount since last August.

A drop in new listings in July helped contribute to declining inventory levels.

"With more homes in contract and fewer being listed, Columbus is continuing its trend of getting back to pre-boom sales and inventory levels," says Greg Hrabcak, President of the Columbus Board of REALTORS®.

"There is still a great selection of homes on the market, but as central Ohio continues its balancing act, the market will continue to be favorable for both buyers and sellers," says Hrabcak. "The fact that we saw more homes go into contract last month shows that homes in central Ohio are competitively priced and suggest consumers are taking advantage of low interest rates and assistance programs.

"Programs such as the first-time buyer tax credits in the recently passed Housing and Economic Recovery Act should motivate even more buyers in the coming months."

Hrabcak added, "I think people who don't take advantage of the favorable market conditions now are going to look back five years from now and say ‘What was I thinking?'"

Let's go find a home for you before they're all gone. 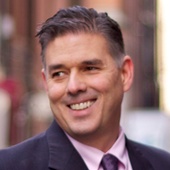 Learn about the market, the neighborhoods, the homes, the city, the profession, the reality, the money and me.