Not all real estate is local. Pummeling housing prices in your nabe is the same thing that's hurting them around the country: the credit crisis.

You know how it works - banks' troubles have made it harder for many home buyers to get mortgages, and those who do qualify have to pay more. A borrower with good credit and a

20% down payment recently got an interest rate of 6.7%, on average, according to HSH Associates.

This rate is not historically high (rates often surpassed 9% in the early 1990's). But it's more than the 6.2% that the same borrower would have paid at the beginning of 2008, and you thought rates where going down!

The fact that mortgage rates have remained stubbornly elevated despite the government takeover of Fannie Mae and Freddie Mac leads some experts to believe that those rates are not headed down.

A fact that 18.6 million homes in this country are now sitting vacant, more than at any other time since the Census Bureau began tracking that figure in the 1960s. And that 2.8% of U.S. mortgage loans are now at least three months late, up from 1.4% a year ago. That rate is projected to be up in early 2009.

Sorry friends, addsl to another lousy year for real estate.

Home prices are down 20% nationwide since their peak in July 2006, according to the S&P/Case-Shiller home price index. Economist Nouriel Roubini of New York University, who accurately predicted the housing slide and credit crisis, expects another 20% decline in home prices next year. Patrick Newport of economic forecasting firm Global Insight projects a 15% drop. They predict the market turning until late 2009,

" The wild card: How much home values fall early in the year

With values droping investors can start renting out homes for enough to cover their mortgage payments, we could see a wave of people snapping up bargain houses in 2009 - which could push prices higher by the time the next 12 months draw to a close.

Lawrence Yun, chief economist of the perpetually optimistic National Association of Realtors, says he expects prices to rise 2.8% in 2009.

Action plan if you're selling:

If you're buying: eLook for homes that have been sitting around, Hire a ABR agent

In many areas of the country, such as Phoenix, San Diego and Washington, D.C., it's common for perfectly good homes to linger on the market for nine months or more. So start your search by looking for properties that have been up for sale for at least four months: At that point most sellers will be willing to deal. Drive a hard bargain when you find a house you're interested in. Sellers know you have a lot to choose from. They also know that if they wait they will probably get less. So offer less now. 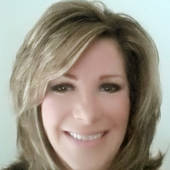