That equates to about 60 percent of U.S. gross domestic product, which will come in around $14 trillion, according to economists.

The $8.5 trillion total in bailouts is nearly twice the size of annual GDP in Japan and accounts for more than the annual GDP of every national economy except the U.S., European Union and China, according to federal data.

If just a portion of that was used to help homeowners, that would help housing tremendously! 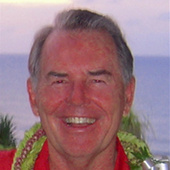