This is Kay's assistant, Joseph, with the #1 of my top 5 Tips to Better Photographs. But before I get to that, I just wanted to tell you a little bit about my background:

I am not a professional photographer, and have taken no formal photography courses (actually when I first started college I was going to major in Painting and Drawing with a minor in Philosophy...eventually got my B.A. in Psychology with Philosophy minor. I did grow up with photography, as my mother's father, Wyman Parr, opened a chain of camera stores in Dallas starting in the 1950's (Parr's Cameras). By the time he died, both my father (Martin Bros. Cameras) and mother (The Camera Store, Inc.) owned one of his stores. Times change and now the stores are all gone. But what I learned lives on in my photography......and a lot of what I have learned has been trial and error, and reading.

So don't think that what I know is the result of some specialized education.  If I can improve my photography, so can you. Nothing makes your photos come alive more than a good composition.  Composition directs our eyes and tells them what to look at. Bad composition leaves your pictures uninteresting to the eye.  When I was taking art coursework many years ago, we were taught The Principles of Design.  I won't explain every one of them, but they are:

When I go to photograph a house, I first think of the lighting conditions and camera settings I'm likely to use.  After that everything is about mentally noting how do I want to compose the shots., before I even look through the viewfinder.  I look for angles and views that will create interest.  I think too manny realtors I have known confuse staging with composition, but the truth is that a well staged house with poorly composed shots will look worse than a badly staged house well-composed.

I pride myself on the ability to work around almost anything people have in a house without having to move things around.....kid's toys, dog cages, cluttered desks.  In this picture: Just to the right of the picture were two huge dog cages.  I'd always much rather move myself than objects, if at all possible.  Call me lazy.

A Few Things to Keep in Mind in Composing Shots 2. Look for unusual angles or views to create interest and make people look longer.  We look longer at images that look less familiar: 3. Use perspective to create sense of space and height.  I often shoot pictures with the camera about 2-3 feet off the ground, looking upward.  Often for Master Baths, I shoot them at the level of the vanity: 4.  Interest is often created in compositions by putting the main subject just slightly off-center, rather than perfectly centered, as long as you keep balance in the composition: I could have shot this from directly in front of the mirror above the mantle, with the mantle in the center, and the chairs symmetrical on either side of the mantle; or with the huge window dead centered

I thought it would be more interesting to shoot with the small table just right of center, with the left side of the window acting as a counter-balance.  The open space and low bar to the far left balances the high mirror to the right.  Also notice the line of the floor is below the midline, and the horizon line is slightly above the midpoint.

Hopefully these Top 5 Tips have been helpful.  I'll leave you with a couple of my personal photos from around McKinney, Texas: Joseph, these are some great tips often overlooked when taking static photos. Thanks for sharing.

Great tips and you sure look like a professional photog to me!!!

You certainly do take some very nice looking photos!  I can't believe some of the photos that I see on our MLS system.

These are great tips...I had never thought of taking a bathroom shot from the height of the vanity.  I've been playing with moving my object of focus off to a side and it makes a huge difference...

These nice tips for taking better real estate photos. You photos are great and yes I did look longer at the ones with a different perspective. Thanks for that tip.

The more these kind of posts, the better images in the Real Estate Systems. Keep them comming!

Gorgeous photos of downtown McKinney....I especially like the one of Cafe Malaga. Thanks for sharing!

Hi Kay. I stumbled upon your blog and love your tips you gave out. You make me want to go run out and start taking more photos. Thanks for posting this up

Well done! You know they say a picture is worth a thousand words. If they pictures don't look good, all the information in the world isn't going to help.

I can't believe how bad the pictures are in our MLS. Agents cut off the house, leave no space around the house to stage it, put in NO other pictures other than the main front or submit such dark or overexposed pictures, they actually hurt the sale.

Open your eyes and actually look at the picture you are taking! It isn't hard. They actual effort will improve the number of showings.

One awful picture just isn't going to c ut it these days. 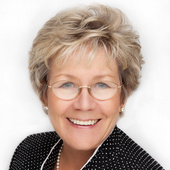