I'm sure I am one of many frustrated PDA users out there, who are now finding it difficult or impossible to find a PDA phone, which has an infrared port for opening the Supra iBox.  Well, it may be difficult now, but impossible very soon.  I currently have Verizon Wireless, and they're one of the last carriers who even offer a PDA with an IR port.  Come January, they won't, since the XV6800 (aka HTC Titan, Mogul, PPC-6800) should be discontinued around that time.

I remember 3 years ago, when my MLS office announced the change to the iBox.  Everyone thought it was great, but I'm standing there thinking, "why in the world are they implementing a dying techonology now?"  I mean bluetooth has been around since 1994, and was formalized in 1998.  That was 10 years ago!  Infrared is great, because it is direct.  There is a limited ability for someone to "hack" an IR signal, whereas bluetooth would be a little easier.  Then again, the hacker would have to be standing at a maximum of 30 feet from you, and that would make them the worst criminal ever.  Not to mention their hack would last a maximum of 24 hours, since the key would still require an update, and your pin.

I know that Supra is starting to offer a "fob" for Blackberry users, which transmits a signal from your Blackberry to the fob....via bluetooth!  I thought the point of having an eKey, was to eliminate the middle-man (DisplayKey).  Plus, unless you buy a Blackberry through LetsTalk, you have to pay for the fob.  Huh?  Who knows how much the "fob" will cost if you already have a Blackberry, and what about all of us  non-Blackberry users?  I have to imagine that there are more Samsung/HTC/Palm users, than there are Blackberry users.  They already charge more for eKey service anyway.

Just a little frustrating, but Supra is the primary loser in this mess, and I'm sure they know it.  Until they figure out the mess, I'll go back to my Display Key, and save about $10/month.  I'm sure they're wondering, just like we are, why they didn't implement bluetooth into the iBox right from the get-go.

Maybe they should recall every iBox nationwide, and replace them with a bluetooth iBox at no charge. Ha!

I use an i-Phone and understand there will be a "fob" for that coming soon.  If I have to purchase and carry around another piece of equipment, I might as well stay with the old lock box key.

Cameron - I don't know why they just didn't make the lockboxes bluetooth enabled. I guess I'll just go back to the display key.

perhaps we should file a class action law suite.  either the fobs should be free or they should re-call all of the lock boxes and update them to include bluetooth as well as the irda. 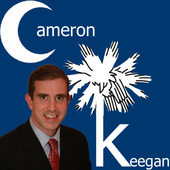 My blog will seek to educate consumers, and well as provide other real estate professionals with knowledge of the Greenville SC Real Estate market.