This letter is from the Tampa Bay Partnership.  There is a link in it for the Regional Economic Scorecard.  We look better than most areas in the state and I think there is good hope for the future:

This morning we released to the media our findings from the Fall 2008 Edition of the Regional Economic Scorecard.  The scorecard is an objective tool to measure our community's economic performance and benchmark ourselves against other communities.

While the overall indicators remain down, there are bright signs that the region may be turning a corner including:

Overall, Tampa Bay's performance in this Scorecard reflected what has officially become a statewide recession. We still have challenges to face including:

This environment calls for a completely new way of looking at our challenges and addressing them.  We will be officially introducing our new three-year strategic plan, "A Model for Prosperity," at our Annual Meeting & Community Update which will be held this Friday, November 21, 2008 at the Sheraton Tampa Riverwalk Hotel.   We have over 400 leaders registered for this event and are officially SOLD OUT.

As we move forward, we need your help in this important work.  To be successful, the outcomes of our future must be productive, inclusive and sustainable.  It is critical that we have as many leaders around the table as possible to pool our collective energy to address the challenges and opportunities facing our region. 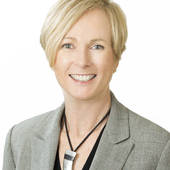