Two days ago, I was contacted by a previous client a year ago.  He has given me permission to post this.

Here's what happened.  In a nutshell, would you use them after reading this account and completing research?

Here is my whole story.  I just wrote it up to share with friends...

My family had a scary situation for the past few days, and I think there are some facts you will want to know.  In a nutshell, I broke a compact florescent light bulb (CFL), the small spiral kind you have probably seen or used, right before Thanksgiving dinner.  I later learned that the mercury in these bulbs can pose some potentially serious health risks for young children and pregnant women.  I have spent more than two days researching the risks and trying to learn the real truth, and unfortunately no single source seems to tell the whole story.  So I took the time to write it all down for you (including some tips in the last paragraph).

The Maine DEP performed some research on these broken florescent bulbs (CFL's) to understand the potential health risks to young children.  Their 160 page report came out in Feb of '08 and it showed that the mercury vapor released when a CFL breaks is generally within industrial exposure limits designed for adults, but potentially dangerous for young children and pregnant women.  The problem is that no study has shown what limits (amount and time) are acceptable for children, but we do know they are far more susceptible to mercury than adults.

I can tell you that after a lot of research and experience I will be removing these bulbs from my home (at least until I have no kids under the age of 10).  You will need to make up your own mind, but at the very least you may want to understand the cleanup advice and potential hazards a broken CFL poses.  I am a bit of an environmentalist, and these bulbs can certainly help conserve energy, but they also pose risks that few consumers (or politicians) seem to have any idea about.

In case you are not aware, mercury is a very risky substance that is not only dangerous to the touch (a broken thermometer or thermostat) but in the form of a vapor: http://en.wikipedia.org/wiki/Mercury_poisoning   CFL light bulbs contain a very small amount of mercury (that could fit on a pen tip) but the amount of vapor contained in the bulb should not be written off as insignificant.  The EPA has published cleanup guidelines and warnings that few seem aware of: http://www.epa.gov/mercury/spills/index.htm#fluorescent  The box that my bulbs came in did not give you any warning about breakage or cleanup risks, but did indirectly link to them via www.lamprecycle.org

The Maine tests showed that the mercury (Hg) vapor can reach levels of over 50,000 ng/m3 close to, and right after, the broken bulb.  This number is 167 times higher than the EPA's reference concentration (RfC) of 300 ng/m3 - which defines "normal" air quality.  That scared me quite a bit, and caused much of my research.  I later learned that the NIOSH exposure limit is 50,000 ng/m3 for ongoing industrial exposure for adults.  The Maine study also verified good cleanup guidelines that are slightly different from the EPA's http://www.maine.gov/dep/rwm/homeowner/cflreport.htm  Their study convinced me that a home with children may not be a good place for these bulbs, because even good cleanup methods might leave too much vapor (and mercury traces) behind.

A few points from my own personal experience may give you a real world example of mistakes I made, and the issues I created, because I did not know the facts.  For starters, I walked through the broken glass, and then walked throughout the house for another few hours (possibly tracking mercury around).  In a worst case my hand, or Collin's, contacted the bottom of my shoes while we played on the rug before dinner.  Since we had guests over, and the bulb broke at the bottom of the basement stairs, I did not clean it up for two full days.  In that time period mercury vapor was pulled under our drafty basement door by our HVAC system (but I'll never know how much).  By the time I cleaned it up I had luckily done some initial web research and did a decent cleanup job.  However, I decided to put a small rug that had broken CFL glass on it (and probably mercury) into our washing machine.  The EPA guidelines, I read later on, suggested I throw out the machine because it may be contaminated!  I also had carpets within a few feet of the break, food related goods within 6 feet, and Collin's toys about 15 feet away in his playroom.  Safe to say my research had raised more concerns than relief.

So I wanted to get the cleanup right, and protect our family, without wasting money or taking excess risks.  If you know me, you know I was pretty thorough ;-)  Until we had definite answers I ventilated our house while we lived at my Mom's for 24 hours.  Maureen and I spent a combined 5 hours trying to find a company who could test our house for vapors.  We did not find one who would take the job - as most thought there was zero risk (maybe naively) and one did not want to own the risks of providing us with the readings (maybe wisely).  I rented my own test device and took tons of readings.  Fortunately our air was fine after the ventilation.  But I got very high readings right by the broken bulb in the glass jar I put it in (96,000 ng/m3), and readings over 16 times higher than "normal" (5000 ng/m3) in the vacuum (used on carpets near the break), the cleanup waste and my rubber cleanup gloves (that didn't touch the broken bulb).  I even spoke to the VERY helpful woman who ran the Maine study.  She helped put my mind at ease that the vapor would not form mercury deposits as the vapor subsided (on items like Collin's toys), and I decided to only throw out food related items.  I am still on the fence about my washing machine, but she thinks it is probably not contaminated.  I hope my actions have been enough, but I fear that most folks may not have been lucky enough to get all that info or take all those steps.

You can find opinions at both extremes of the spectrum.  Some professionals (like my doctor) think the mercury risks I described above are greatly exaggerated thanks to Internet myth.  I certainly found a number of sources that paint a very negative picture of these bulbs, and I am not sure if they are accurate.  Some of the other warnings I read about these bulbs are that there is apparently a risk of fire, a risk from the electromagnetic radiation they emit (a scary health risk called EMF), and a decent chance they will not last as long as the boxes promise (which I too have witnessed).   On a global level, while the amount of mercury in each bulb is very small, the amount of mercury in landfills from millions of bulbs not properly recycled may have a negative effect on water quality.  Once such "negative" report to consider is http://www.thebriefingroom.com/archives/2008/08/mercury_in_cfls.html

So in summary, if you still choose the benefits of CFL bulbs for your home, here are some tips.  Start by reading the EPA and Maine cleanup guidelines.  Next, and most importantly, I would NEVER change a bulb with anyone around, if it was even a slight bit hot (my mistake) and without having a drop cloth under it.  Cleanup should be quick (not days later) and very thorough, and ventilated with fresh air.  As the Maine study suggests, it may not make sense to have those bulbs above carpeted areas that kids may frequent.

I figured the hour to write this was worth it if it saved even one of you from having a scary experience such as ours (or worse). 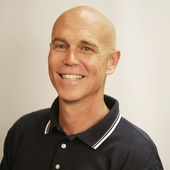