Several times this week, I have had agents refer to themselves as "lucky."  A great client that came about from a chance meeting.  A good connection with a core advocate who regularly sends business.  Hearing that a family is considering a move at just the right time.  Those can seem like luck.

One of the most successful Realtors I have known told me his core story once--the event that shaped his future.  His story invovles life and death and ever since he has been determnined to make his life worth the sacrifice others paid.  Since then, he told me, he has seen that the harder he works, the luckier he gets.

Horatio Algers said that--"The harder you work, the luckier you get."

The agents who have told me recently that they are "lucky" really are some of the hardest working Realtors I see.  In the office early, contacting their database, attending networking events, going above and beyond in customer care.  They are truly making themselves lucky by working hard.

So, if you want to be lucky, just try working a little harder, doing the right things, and you will find that you get luckier as you go. 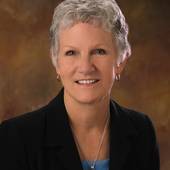