Drive through Tahoe City at 7Pm any night of the week this month and you may not see a sole on the street. That may be refreshing after a busy winter or the calm before the storm of the summer but its a little frustrating when you see all the great properties out there ripe for some negotiating but no one to take a run at them. Right now, there are about 200 single family homes on the market from $300k to $32m-a wide range of prices and a wide range of choices. Timing is everything, and for sellers that missed the magic window last summer and decided to keep their properties on the market-have now had them sit there for 8 months and have probably gone through several price reductions. So at this point the property is probably priced about where it will sell, is possibly spruced up some and looking good and hey, maybe even the seller is motivated to make a deal. BUT where are the buyer's?  Well, this time of year they are enjoying the weather down below, and will seem to do so until the 4th of July and with exception of a handful of people Tahoe is OFF the radar. The summer buying season doesn't start until people come up for their vacation. I can understand as there's more to life then Tahoe real estate but I'm trying to give you a tip here-beat the crowd. Or else fight the other buyers for the deals that are waiting for you-if there still there come summer.


With the change of season, end of the school year, the end of a long cold winter and the seller says "no more snow," and ski leases that end come the reasons to sell and the inventory builds daily, new listings, properties that were on before winter and came off and are back on now in addition to those that have been sitting. The peak of inventory will be hitting sometime in June as come July it will start selling off. In that time April-June there is a nice window where there is a nice selection to choose from and not too much competition coming from other buyers. Now is the time to float offers and see what works. You may hit it right, find that deal waiting to happen-be it the seller who has been waiting 8 months or the one who just wants to sell and jumps at the first offer. You never know. 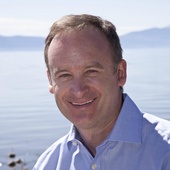