On the first Thursday of nearly every month, I meet a small group of people and make a short drive to the town of Lockhart, "The Barbecue Capital of Texas". The crowd varies in size month to month depending on who can make it. Today's group includes the founding members; Dave Bieser, who is kind of a "Big Shot" with Time Warner and Randy Merritt, a successful commercial real estate broker with whom I do business and share referrals along with me and our friend Kelly. When I say "Capital", it is no exaggeration as the town of 5,000 boasts four of the top BBQ establishments in the State of Texas. An estimated 5,000 people visit each week or around 250,000 people a year eat BBQ in Lockhart. Of course when you mention BBQ in Texas, you will always spark a debate on the merits of who serves the best. Our destination is Smitty's which is home to our favorite BBQ in the town. Smitty's originally started as Kreuz Market in 1900 by Charles Kreuz as a meat market and grocery store. Many years ago to prevent wasting meat, the proprietors would cook cuts of beef and pork along with sausage in barbecue pits. Customers would buy their barbecue and sausage then purchase some items from the grocery store to go along the BBQ. The origins of one stop shopping! Charles passed the business along to his sons and son-in-law who ran it until 1948, when Edgar Schmidt, who had worked there since 1936, bought the market from the Kreuz's. In 1984, Edgar sold the business to his sons, Rick and Don Schmidt, and they ran the popular restaurant until Don's retirement in 1997.

Now I do not know the actual circumstances but in 1999, there was some sort of dust-up in the family business and one of the brothers decided to move Kruez's a quarter mile away from of the old location. There was even a ceremonial moving of a tub of glowing embers from the pits to the new location to preserve the fiery/smoky heritage. However the original location stayed open with only the name change to Smitty's marking the transfer. Honestly, I never realized that there was a change and continued to patronize the place I had first discovered in the mid 1970's.

Arriving at the back of the building and parking in a large dusty parking lot, we enter through the back door and the first thing you see is a huge L-shaped pit fed by an open fire on each end. In the middle of the room is a large cutting block table and a counter with two scales. Standing in line you order and the items are weighed and then placed on red butcher paper (fine china or even plates are not available) with either crackers or white bread. Paying for your items, you enter the main store and order pickles, onions, cheese, avocados along with potato salad or beans and you are ready to eat! In the old day you were given butcher paper for and the knives were actually chained to the long tables and there was NO BBQ SAUCE. Now days BBQ sauce is served for those who care to indulge. I like mine mixed with some hot sauce. I have been thinking about this meal since I my morning run and have ordered all of my favorites; brisket,3 ribs and a hot link along with some onions and pickles and an avocado. I think my eyes were bigger than my stomach! I offer some avocado slices to Randy but he is a purist and says he does not want any "vegetables" today. I will say this is NOT a spot for vegetarians or as Anthony Bourdain describes them, "their Hezbollah like allies, the vegans!"

This is always a good time with plenty of conversation from my "First Thursday" friends and more than enough of some of the best BBQ you can find in the state. Oh...and that white bread? It is the best thing ever to sop up the grease that is in ALL good BBQ. I keep meaning to try one of the other places in town, which I know must be good but it's never "convenient" to do so. Smitty's is only a short drive from Austin and you can make it out, eat lunch and back in about an hour and forty five minutes so if you do have some time, make the trip. You will be glad you did and take a friend too!

Russell,  You are a master at promoting local businesse - I try, but can't match you,  Karen

The Travel Channel did a great piece on Smitty's in their Barbeque Paradise.

Esko I hope you do get a chance to visit here someday but I have to tell you that we actually ave quite a few great BBQ places so you better plan on having time to exercise to work off all the extra calories! Thank you for dropping by!

Tony & Libby I have eaten at Arthur Bryant's many years ago and it definitely lives up to it's world reputation ans Smitty's is an equal in all ways! Thank you for dropping by and commenting, you obviously know BBQ!

Suzy I would be glad to bring some to the office anytime I am out that way!

Allysoun Thanks for the kudos! I always enjoy Localism posts and I have bee fortunate to be featured now and again!

Karen I appreciate your compliment and have to tell you that I wish I could do market  & neighborhood reports that are as informative and entertaining as yours! I still need to get around to some on at least a quarterly basis!

Greg I would like to see that and will look it up, I just hope I did Smitty's as good  a job as I am sure Discovery did!

Russell:  Sounds to me like I need to go for a long-distance ride one of these days.  Sounds pretty yummy to me.  Thanks for sharing.

I am not a sausage eater but that picture looks good.  Thanks for the post and good info.

Karen Anne - Come on down to Austin anytime! I do know for sure that y'all have some good BBQ in Ft. Worth too!

Dee Dee - Funny you should mention that but I do not eat that much sausage but just had a hankering for some that day! Thanks for dropping by and commenting!

Russell, great local article highlighting the best BB in Lockhart. I love a good BBQ restaurant. And who has the best BBQ ... definitely TEXAS.

Hi Russell, I just dropped by and noticed that you did include a picture of the "Russell Plate" and it looks delicious!

Gena Great hearing from you and thanks for your comment, I am glad to find a fellow BBQ aficionado!

Anne Someone pointed out that I had no pictures of the actual BBQ in the post and I remembered that I had taken a picture of the pile of BBQ that I managed to devour while there!

Now I understand why Texans sre so proud!

I had to stop by here and congratulate you on being featured again! It's nice that you get recognition, especially when you are highlighting a local event or establishment! I am hungry for BBQ just looking at the pile of food on your butcher paper "plate"!

Colleen proud...yes and full of it at times! LOL Thank you so much fro dropping by!

Scott Thanks for the kudos, I really enjoy writing about local establishments and events more than just about anything these days!

Sarah Wow, you are a long way from home! Thanks for dropping by and I need to check out your blog!

Best wishes for health, happiness, peace, and prosperity in 2009.

Russell, that's just about the time I found it. Completely old school and still had the name Kruez's until the aforementioned family breakup when one of the brothers moved down the street and took the name with him. I still have not been there, preferring the same old building and ambiance!

I'm including a link to this as an example of a good blog. I just completed teaching a webinar for Virtual RE Bar Camp on How to Become an ActiveRain RainMaker. I'll be posting it shortly at www.activerain.com/results. Hope this is OK with you. :-)

Michelle, I would be flattered to be included. I will check out your post this morning! Thanks!

Buster I agree that BBQ can get very messy at times. I just looked at the pictures of our recent trip to the Salt Lick and need to get busy on that post soon!

OK OK OK, NOW I HAVE TO GO.  THIS IS THE THIRD OR FOURTH TIME SMITTY'S MENTIONED IN MY PATH!

MOVED TO WIMBERLEY, TEXAS, 3 YEARS AGO... JUST A STONE THROW AWAY FROM LOCKHART.

TAKE CARE AND GOOD LUCK IN 2010 REAL ESTATE MARKET, AUSTIN IS HANGING IN THERE. 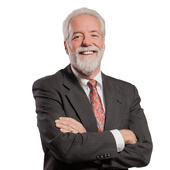