It seems as though the Thanksgiving hangover may be over and we may be waking up without the headache. Its been a while since I have been able to wake up on a Monday and see some good news. We in Michigan are seeing some news that directly affects us locally. It looks as though the government may be 'very likely' to approve a 'bailout plan' for the troubled auto industry to the tune of $15billion. This at least starts a sense of optimism we haven't seen in Michigan in quite some time. As an added bonus, the government is looking to lock interest rates to spur new home buyers.

The auto industry 'bailout' has asked for specific details from the Big 3. It looks like they got those details. Congress looks to have the amount of infusion may be between $14million and $17million. The plan would create a presidentially named overseer charged with running a broad auto industry restructuring, with the power to require immediate payback of the emergency loans early next year if the companies fail to take the steps necessary to overhaul themselves. It could also include a Cabinet-level oversight board composed of the heads of the departments of Treasury, Energy, Labor, Commerce and Transportation and the Environmental Protection Agency. Under the plan, the carmakers could get emergency loans on December 15th. Then the presidentially tapped overseer would write guidelines, due on the first of the year, for a Big 3 restructuring. If the car companies hadn't taken enough steps to overhaul themselves by February 15th, 2009, the overseer could take back the money. That would essentially mean that a person selected by President Bush would set the terms for an auto industry restructuring, but someone picked by President-elect Obama would have the power to decide whether they were being met.

As far as the government's plans for mortgage lending, sounds like we have some details there too. Under the Treasury's latest proposal, the government would invest tens of billions of dollars to help lower the interest rate on 30-year mortgages to just 4.5 percent, which would be the lowest rate since the early 1960s. But here's the catch. As currently envisioned, that 4.5 percent rate would not be available for refinancing. Which means it would not be available to any of the people who are currently underwater on their loans. The rate would only be available if you're buying a home – which in most cases these days refers to well-to-do individuals who have enough money in the bank that the prospect of their home declining in value for months on end will not keep them out of the market. A 4.5 percent mortgage rate could bring some new blood into the market.

All I can say is... Let's hope so! Every lender I have talked with has been calling all of their leads. I have also had a reason other than the Holidays to reach out to the old leads in my file. With the outreach done from 2 different industries spreading the good news, we can all expect to start out 2009 with a better head of steam than 2008. Stop blogging and start making calls to get those buyers in the market... then blog about it later this afternoon! 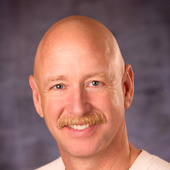