National economic experts have only recently acknowledged a simple truth that Rhode Islanders have known for many months....we are in a recession!  Statewide, our unemployment rate has climbed above 9% and the challenges facing our local economy are deep and broad.  Accordingly it should be no surprise that many Rhode Islanders simply cannot keep their heads above water and are turning to bankruptcy as a means to eliminate debt and financially rebuild their lives.

The Bankruptcy Reform Act of 2005 was intended to curb alleged abuses of the Bankruptcy Code and make it more difficult for debtors to secure relief under Chapter 7, which allows you to discharge or get rid of all of your unsecured debts and keep most, if not all of your possessions including your car and your home.  Although the perception was that the new law would preclude most people from filing for bankruptcy, the reality is that the vast majority of debtors that would have qualified prior to the change in the law, would still have qualified after.

The practical result of the Reform Act was to cause a rush of filings nationally, and in Rhode Island, prior to October of 2005 when the law changed.  In 2006 there was a substantial drop off, and by 2007 filings began to trend upwards again.  To no one's surprise, 2008 has seen a rapid increase in local filings.  Here in Rhode Island we are projected to have approximately 4100 bankruptcy filings by the end of this year.  That is an increase of almost 55% above the total for our state in 2007.  Not only is it a clear reflection of the impact that our struggling local economy has had on individuals, but I would venture that it is also an indicator of a growing awareness among debtors that bankruptcy is still an available option, despite the changes of 2005.  The Bankruptcy Code in large part was intended to provide individuals the opportunity to get out from under stifling debt, and get a fresh start.  Thousands of Rhode Islanders are now taking advantage of the opportunity provided under the Bankruptcy Code to survive these tough times. 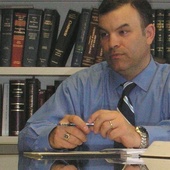