It's time for me to look back...way back...so I can look forward with total clarity. My mid-life crisis has officially arrived!   :-) My favorite place in the world. This image doesn't hold a candle to the sound  of the waves as they tumble over the pea gravel and fall back into the sea.

The rhythmic sound is hypnotizing.

In 1982 this prairie girl moth-balled her designer wardrobe in favor of one-piece Stanfield's underwear, heavy wool pants & sweater, Snyder's gum boots and Helly Hansen raingear. I headed for the west coast of Vancouver Island where I lived and worked on the ocean for two years on the M/V "Bonnie May" (wheel house pictured far right).

Right is a Grade A Geoduck ready for live export. Far right shows how they were crated, stacked and tarped to stay fresh.

We harvested exotic seafood species for Asian export markets. We harvested geoducks (pronounced gooey-duck), which are giant clams and sea urchins.  The work challenged me (physically and mentally) beyond anything I had ever experienced. It was a time for extremes ranging from awful to awesome.

I had left a budding retail management career in Regina, Saskatchewan to immerse myself in gale and storm forced winds, mechanical issues, perishable cargo and close quarter living with no amenities or privacy. These harsh days were contrasted by inspirational and breathtaking moments that words simply can't describe...left is a photo of my first encounter trying to remove an octopus from the deck!  Those suction cups are relentless!

It was an invigorating lifestyle.  I survived two hurricane force storms (but that's another blog), one complete loss of cargo/revenue/payroll and was once stranded with no access to supplies for six days. I could ramble on and on...for me this was life on the edge! By age 22 I became interested in a relationship.  My heart's desire didn't appear to reside in the remote inlets of northern Vancouver Island. My standards and ideals drove me to relocate to the mainland where I attended college.  I wanted to become more "professional".

I married Randy at 27 and delivered our first baby at 30.  My life and my body were no longer just about me. I drove my car and lived my life with more caution. I had others to think about. I had a reason to be less selfish and more responsible.  As I became more professional in my career I began dabbling on the shoreline of the marine industry. In other words my career moved from the water (marine operations) onto the beach (administration). Since then I've moved farther and farther away from the ocean...figuratively and literally. On the night I created the draft of this blog I noticed that I no longer work with any marine-based clients. I have become disconnected from the industry I once wanted to know everything about.

By age 40 I was convinced my husband was the source of my life not working out as planned. When I completed the Landmark Forum in 2004 (www.landmarkeducation.com) I discovered that I had, in fact, exercised excellent judgement in choosing Randy as my partner. My dissatisfaction wasn't his fault. At some point I had simply stopped planning my life and began living from my circumstances. I'd lost track of my earlies dreams.

I've seen glimpses of the disconnect between my intentions and my actions before. It rises to the surface during the occasional personal development workshop exercise.  In a financial workshop last year I discovered that I don't even own the "Top 5 Assets" I most value in terms of personal enjoyment and recreation.  Missing are my kayak, Sea-Doo and motor sailor - even though I have without question earned enough income in my life to own them all by now.

(More evidence of mid-life crisis...the lease is up on my car next month and I want something sporty and fun!) This photo of Randy was taken in July, 1986. We were visiting Galiano Island (southern Gulf Islands just north of the San Juan Islands).

I'm grateful to be married to a flexible guy like Randy. He's usually the first to say "let's do it"...regardless of what IT is! The challenge for me lies in identifying and expressing what it is that I really want to experience in this lifetime.

If you have any insights for this square peg...I'm all ears.  In the meantime, I invite you to share reflections from your past and tell us about your mid-life crisis. If you need more space for your share - add a link to your blog!

I hereby declare 2009 as the "Year of Alignment"...between my thoughts, words and actions.

Groups:
Almost Anything Goes
Dedicated Bloggers
Out Of The Box!
Square Pegs
Things to Do/Places to Visit

Welcome back Tana.... wow, you inflicted a MeMe on yourself!!   Nicely done.

Alan, please pardon my ignorance. I am still a Newbie, remember!  What is a "MeMe"?  I have seen the phrase a lot lately in the Lemonaid conversations. I've been meaning to ask...now's as good a time as ever. - Tana

LOL... Tana... a MeMe is when someone "tags" you, and then you have to tell some things (often 7) about yourself... hence the "post about ME, ME!"   they take a bunch of forms... kinda like the LemonGrenade I threw at you!

Hey Tana - so nice to have you back! ;-))  Now I'd love to see an enlarged photo of that octopus! YOu've certainly lived an action filled life my dear!

Saw your photos on Facebook and it looks like you had a wonderful Christmas!  Would love to get together for coffee some time this week? xox Liz

I thought I was going through a mid-life crisis too recently. So I bought a men-o-Porsche!!!

Tana, always love your stories, insights, etc.  Thank you for sharing with us!

Alan, I am certainly getting an education through my (sporadic) participation in Active Rain.

Liz, I miss you. When are we getting together for our next walk. I've done Teapot Hill 3 times this week.

Craig, I think you've discovered the remedy. I could definitley handle a meno-Porsche! (I'll remember that one).

Steven & Marti, aside from Liz who invited me here, you are the first people I ever connected with on Active Rain. It was nice to hear from you this morning.

Tana, we are so happy we did connect here on AR.  Your posts are a pleasure to read.  Your life and experiences are so well articulated.  Thank you for sharing your life with us. 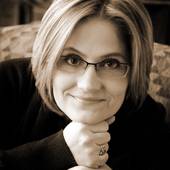 Business is a vehicle to fulfill on whatever matters to you in this life. Join me in Michael E. Gerber's Dreaming Room where you will approach your business, and your life, with a "blank piece of paper and beginner's mind".