Our approach to determining statistically normal house values1 considers not only house prices and interest rates, but household incomes, population densities and any historical premiums or discounts metropolitan areas have exhibited over time. We examined these factors for 330 metro areas now accounting for 78 percent of all existing housing units in America and 86 percent of all related real estate value, to determine what house prices should be, in this statistical sense. Based on an historical examination of 155 actual metro area price corrections during the 1985-2008 period (see Appendix C), we consider valuations in excess of +35 percent as "extremely overvalued" and present a risk of substantial price decline (10 percent, or greater) going forward. Valuations between ±14 1 See House Prices in America: Methodology Update at www.nationalcity.com/housevaluation.percent are consistent with one standard deviation of the historically normal distribution, and considered "fairly valued," accordingly. Between extremely overvalued and fairly valued are areas above the historically normal range, but not so high as to be at risk of substantial price decline. We call these areas "overvalued." Finally, any area below the historically normal range, below -14 percent, is considered "undervalued."

According to our latest analysis, the incidence of extreme overvaluation has become negligible. Only 3 markets met that criteria during the second quarter: St. George, Utah; Atlantic City, New Jersey; and Bend, Oregon. That compares to 4 extremely overvalued markets during the second quarter and 5 during the first. Overvaluation was most pervasive during the fourth quarter of 2005, at which time 52 metro areas were considered at risk for major price declines. The markets that are now overvalued are mainly located in the Pacific Northwest, extending to Utah.

I tend to believe the words of Samuel Clemens aka Mark Twain..

Statistics can be twisted to be interpreted in many ways.  I also agree with Mark Twain.

Don't fret!  Bend is a wonderful place and will surely rebound over the next few years.

Doubt it?  Just check it out and review each link of the following.

Well, I think it's fabulous that you rank in the top three.....you can use that line, just leave out the category...hee...hee. Nice to see you blogging, my friend. Welcome to the rain, OZ!

Mike....Welcome to ActiveRain.  This is a great community to network with others as well a great place to learn from other's experiences and knowledge.  I've enjoyed it; I hope you enjoy it as well. 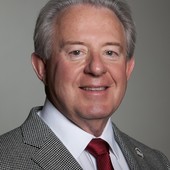 ActiveRain Community almost 14 years ago
bookmark_border
It's Your Career And Your Business Advantage at Ke ...
View more Recent Posts   arrow_forwards