Many Cincinnati residents making their daily commute on Central Parkway have no idea they are actually driving on top of the failed Cincinnati Subway project.

There has been many attempts to revive the project over the years with no success. The only group authorized to offer tours is the Cincinnati Museum Center's Heritage Project because of their safety record while conducting tours. However, the tours are offered sporadically and only one or two are planned annually.

While traveling on I-75 south, carefully look to your left near the Hopple Street exit, you can catch a quick look at the north and south entrance and exit of the failed subway project.

As always, I'm here for all your real estate needs! 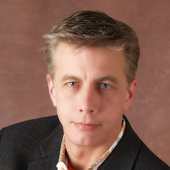