On Monday the Portland City Council held a workshop to discuss the future development of the Maine State Pier.  The result was an informal decision to re-open negotiations with Portsmouth-based Ocean Properties.

Three options were presented by the city manager's office for moving forward with the redevelopment of the pier and in the end they chose to move ahead with Ocean Properties, who last year lost the bid for the development project to local competitor The Olympia Cos. The city council scheduled a formal vote on the matter next month. At this time there is still no final decision on whether the city will sue the state over the disputed land beneath the pier.

About a month ago the City Council voted to discontinue negotiations with Olympia who were unwilling to move forward with due diligence work on their $100 million project until a dispute over ownership of the land beneath the pier was settled between the state and city. Ocean Properties says the dispute will not hinder its development plans for the pier, which include a luxury hotel, office building, underground parking garage, public park, a fish and produce co-op and a cruise ship terminal.

The other options the council considered included holding a second round of competitive bidding from developers and having the city draw up its own plans for the pier and then find a developer to build it. However, given changes in the council, the current economic climate and the willingness of Ocean Properties to move forward, tit appears that there is finally a path forward to get things done – and the council seems to be ready to take advantage. A vote is scheduled for January, so we'll see! 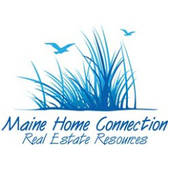