Posted by Kelly Cahill under For Buyers, For Sellers, For Realty Professionals, Marketing Reports, Charlotte

Even though it is well into December, I wanted to post the numbers for November, 2008 for the Charlotte/Mecklenburg County area.  These numbers are from the Carolina Multiple Listing Service and are based on single family homes only.

Overall home prices dropped 15% comparing November 2007 to November 2008.  You could also say this is a depreciation value of 15%.

I'll compare December as soon as the numbers come in! 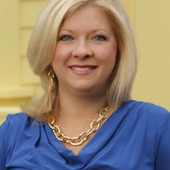