When I was a kid when i went to parties we used to do a dance called the limbo. Two people would hold a post or rod or something and the person dancing would contort themselves and attempt to scoot under the "limbo bar". Each time the bar would be lowered until one could not go under it. For three days in a row, I have been bombarded by lenders promoting their new lower, lower, lowest rates. Could we begin to see interest rates in the 2's or 3's. Kind of like the limbo, the question is "how low can you go?"

Here's a little graph and comment from my friends at Central Pacific Bank about the rates and the status of their current rates as of yesterday. Of course on Kauai, where the median price is still above $500,000, many of our buyers need JUMBO loans, and when it comes to the jumbo market, I don't quite see the lenders doing the limbo. Eventually I am hopeful that the jumbo loan market will free up and those rates will head south as well. 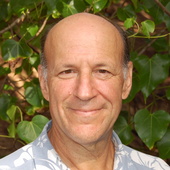