I had a few things to pick up yesterday at the grocery store so on the way back from a meeting in Federal Way I dropped by Fred Meyer. I was surprised to see the parking lot almost full and wondered why. After going inside I realized that the predicted snow storm had prompted this natural occurrence. It happens every time a well-publicized storm approaches even though the forecasters are not always right, just like our economic forecasters. Here they were stocking up on canned goods, candles and batteries as if these weather patterns lasted for weeks.

I think there may be a lesson here. The store would have not seen this run on the aisles if the impending storm had not been so hyped in the media. Most people would have just stayed home avoiding the entire inconvenience. Since the great storm really never materialized anyway, just a small one, all this scurrying around was not really necessary. What if we all just quit paying so much attention to the media and went about our business as usual. We could save ourselves a lot of trouble and avoid finding ourselves among the herds.

I like reading the newspaper with my morning coffee, just like a lot of people. But I try not to let the headlines unduly influence my life. I have my own opinions and make my own predictions based on knowledge and experience. I also know that we all have something to say about our life's direction. Let's exercise that control and stop letting others impact our lives in a negative way. Let's just turn off the media and tune into life.

The photograph was taken in Merida, Mexico not at the Fred Meyer. Patrons at these mercados are not influenced by the weather, they're always crowded.

Greg, years ago I worked for Larry's Markets and every time it said snow on the news I would have to call everyone and their brother in to work ,because the store would go nuts!! You made a powerful statement when you said why don't we do what we know is right and not on what the news predicts to scare everyone. Fear is dangourous. 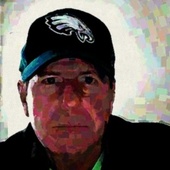