I took this photo this morning of the bleacher set up on the 18th hole for the 2009 Mercedes-Benz Championship.  Each year, the Kapalua Resort's Plantation Course is host to this event, which begins the PGA season.

Nestled along the course, is the gated community of the Plantation Estates.  This neighborhood consists of two-plus acre homesites, with exceptional ocean and island views.  I've been fortunate to watch Tiger Woods go by, with the backdrop of Molokai and Lanai, while showing a home on the 18th fairway.  It was quite a sight!

This year, the PGA welcomes back the field of 2008 tournament winners January 5-11, 2009.  The qualified field includes such well known golfers as Daniel Chopra (2008 Winner), Ernie Els, Phil Mickelson, Justin Leonard, Vijay Singh, and Davis Love III.   Pro-Am spots are still available as of this posting.  I've attended this event each year since I began working at Kapalua Realty in 2000.  One of the comments I hear most often, is that its less crowded than most mainland events, and following your favorite golfers with the pacific ocean as the backdrop is spectacular.  In addition, proceeds from the tournament have made it possible for Kapalua Maui Charities to donate over $2.6 million since 1999 to many Maui charities.

For tickets and information, visit www.kapalua.com/hawaii-golf/pga-tournament 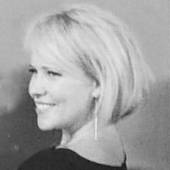