The Fed pushed its federal funds rate from an already low 1% to a target range of 0 to 0.25%. This marks the lowest point ever for this target rate, which banks charge each other for overnight loans. The funds rate serves as a benchmark for a wide range of loans in the U.S. economy.

The Fed's rate cut was larger than expected, and highly unusual, as the Fed usually targets a specific rate instead of a range. The move highlighted the Fed's determination to act aggressively along with the reality that the U.S. recession is deepening rapidly.

Evidence of that came from the Commerce Department, which reported that housing starts fell 19% in November and 47% on a year-over-year basis. New residential construction has fallen to levels not seen in almost half a century.

Rick, I am still not convinced that this was the right move to make. Banks are sitting on the money they have instead of lending it and it will take more than a rate cut to make them get off of it. 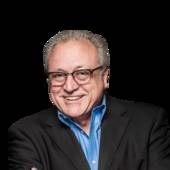