What is the reason you havent tested your own home?

radon has been found in old homes, new homes, big homes, small homes in the city and in the suburbs, so what are you waiting for??  Well not to be a bummer, but i can tell you what you COULD expect...

It is KNOWN that Radon causes about 21,000 lung cancer deaths per year, this is according to the EPA’s
Assessment of Risks from Radon in Homes (EPA 402-R03-003).

OVER 37% of homes in the Chicagoland have levels at or above the Action Level of 4.0picoCuries per liter of air (pCi/l) set by the EPA and adopted by the state of Illinois.

Two radon decay products, Polonium-218 and Polonium-214, account for the majority of radiation exposure to the lungs.

BELIEVE IT!!!  BECAUSE IT IS DREADFULLY TRUE:

BUT IT IS THE PRIMARY CAUSE OF LUNG CANCER FOR THOSE WHO HAVE NEVER SMOKED.

BUT DID YOU KNOW THAT ALZHEIMERS AND PARKINSONS MAY BE CAUSED BY RADON?

review this site for more : http://www.radonnews.org/pages/AlzeheimersParkinsons.html

( Here is  a quote from  the link above: "...When inhaled, radon gas accumulates in lipid tissue throughout the body with the highest concentration in the brain, bone marrow, and nervous system. Additionally, one-third of the inhaled radon decay products (radioactive particles produced when the gas decays) pass from the lungs into the blood stream indicating that the gas does not flow quickly in and out of the lungs, but lingers in the body." )

Remember- elevated radon gas levels can always be fixed- IT IS CALLED MITIGATION- and the cost can run anywhere from $900 to $2000.00- and it usually takes only a day to install the system- The system will actively reduce levels of radon in the home.

Why take that risk that you could be exposing your self and your family to a known cancer causing agent.

THE ONLY WAY TO KNOW FOR SURE IS TO TEST!!! 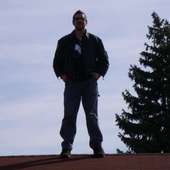