Children, parents and small mom-and-pop businesses who can least afford it are about to fall victim to a triple economic whammy.

More than $10 million in federal funds that have helped low-income New Yorkers afford day care and go to work have been slashed.

Millions more for day-care start-ups and the purchase of health and safety supplies have also been cut.

And now, because of record high unemployment, more out-of-work families are pulling their kids from day care - meaning providers and their staff are in danger of losing their jobs and the number of available day-care slots could dwindle.

One Harriman day-care provider just saw its clientele cut in half, from eight kids to four.

The result of this meltdown in day care - a $4.7 billion statewide industry that serves more than 10,000 mid-Hudson children - is that the engine that drives a slice of our economy and empowers scores of families may sputter.

"Children won't be as prepared, and people who can work won't be able to," says Liz Kuriplach, who heads the Child Care Council of Orange County and ran the Blooming Grove Day Care Center for 18 years. "It's a real domino effect."

These cuts - over the past few years - couldn't come at a worse time.

And because the subsidies to purchase safety and health supplies, such as stair guards, are also being cut, the costs for day-care providers might also rise - costs that could be passed on to parents.

One former local day-care provider - one of the 358 in Orange County - knows one parent making $9 per hour who no longer qualified for subsidies.

That parent, a single mother of a preschooler, was able to take a retail job when she found day care. But when subsidies were cut, she couldn't afford the nearly $800 a month for child care. She had only been paying about $200 a month with those subsidies. Joanna Negron thought she might have to quit her job and apply for public assistance.

"There was no way I could work and take care of my son," she said.

The day-care provider, Lynette Cruz of Scotchtown, gave her a break.

Since cutbacks in start-up grants could "really hurt" licensed providers such as Little People's Express in Neversink, parents may turn to one of the scores of cheaper uninspected providers, says owner Debbie Silon.

She points to a 2004 Cornell University study that found the state's 22,000 child-care providers serve more than a half-million kids.

This is why the Child Care Council is lobbying to make funding for day care part of the new economic stimulus package.

"It allows parents to go to work and employs a significant number of people," says Karen Cooke, executive director of the Child Care Council of Sullivan County. "And it's for our children, our future. What could be more important?"

Hi Marty, I have heard of this kind of thing coming across the country. Parents of young children are going to no longer be able to send their children to daycare. Just one more victim of the upcoming depressed economy that is headed our way.

Hopefully things will get better once the new administration takes over. 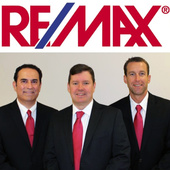