After living in Westlake for 25 years, we, along with fellow Westlake residents, have reason to celebrate this holiday season.  After decades of planning, the major link between I-90 and I-480 is complete.

The ribbon cutting ceremony took place on 12/18/08.  It opened for regular traffic the same day.  TEAM PRIBISKO tried the commute from I-90 to I-480 that day. Then, we tried the route all the way to Cleveland Hopkins Airport. It was fantastic!  (Be sure to watch your speed. The speed limit is 35 and the police are already handing out tickets.)

This event will have a significant, positive effect on Westlake.

Westlake is already a destination city for buyers looking for an upscale community that "has it all."  However, more buyers looking for an easy commute from home to work can consider Westlake, wherever they are employed.  We now have direct access to all major arteries: I-90, I-80 (the Ohio Turnpike), Ohio Route 2 and I-480, making it easy to travel North, South, East and West.  (And, as stated above, the tirip to and from Hopkins Airport is fantastic.)

The other positives include neighborhoods with side streets that have been used as short cuts for traveling between I-90 and I-480, which should return to controlled traffic.  And, Westlake retail stores, restaurants, service providers, etc. should see increased business from the direct link to and from I-480.

Sure does help when new roadways are laid, enabling a quick route in and out! 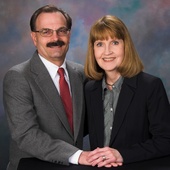