Ardsley Park, one of Savannah's most popular neighborhoods began around 1910 with the advent of the automobile becoming Savannah, Georgia's first suburb. Just a ten minute drive from the downtown Historic District, Ardsley Park - Chatham Crescent was added in 1985 to the Register of Historic Places. The design is similar to that of the Historic District which was planned by Savannah's founder General James Edward Oglethorpe, laid out on a grid of landscaped parks and squares.

Most of the homes were built in the first half of the 20th century and are a mixture of large two story homes and smaller "bungalows". Savannah's first suburb, laid out in 1911, is a mixture of prestigious four and five bedroom mansions and quaint, craftsman style bunglalows situated on tree lined streets. The borders of Ardsley Park seem to be an ongoing debate. Because of the enormous popularity of the neighborhood it's not uncommon for people to debate what's "true Ardsley Park" and what's "Ardsley Park adjacent". I understand the original boundaries were Victory Drive to the north( originally called Estill Avenue) to 55th St. to the south and Bull St. to the west and Habersham St. to the east but today the eastern boundary is mostly considered to be all the way to Waters Ave. Ardsley Park has become one of the city's hottest neighborhoods and real estate prices typically average from about 250,000 to $350,000 to upwards of a million for very large homes. Located about 10 minutes from both the southside business district and the downtown Savannah historic district, makeing Ardsley Park very convenient.  Only about a 20 minute drive to Wilmington and Whitemarsh Islands and under 30 minutes to Tybee Island, Savannah's Beach.  Adjacent to Ardsley Park you'll find one of Savannah's largest and most popular parks, Daffin Park.
Ardsley Park is a true walking neighborhood with sidewalks, manicured lawns and mature trees.  If you have an appreciation for older homes with lots of character then Ardsley Park is a neighborhood that you'll want to explore.
Thomas Tolbert - Realtor
Keller Williams Realty
Office 912-232-8580
Mobile 912-308-6839 (best way to reach me)
thomas.tolbert@me.com
SEARCH THE MLS
Like favorite_border
favorite_border 0
repeat 0
bookmark_borderbookmark 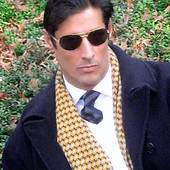