The Government has bailed out corrupt corporations. They have pardoned felons. They have created business plans for corporate America that will cripple the taxpayer for decades. ...and left in the dust is the man on "main street" trying to raise a family and coach in the local youth program. There is a way to stimulate America, build pride in community and put confidence back into our economic outlook.

Banks now have money to lend and mortgage rates are at a historical low, but 50% of potential buyers can't qualify because of their low credit scores...even though their income would support a mortgage. The irony is...many of their credit scores have been artificially destroyed by the unscrupulous lending practices that have been occurring for several years. We have a large number of families in America who have had to go through the foreclosure and/or bankruptcy process and we are now discovering that it wasn't always the fault of the homeowner...hence, the financial crisis in America today.

Instead of further bankrupting America with fantastic corporate bailouts, why don't we "pardon" Americans' credit scores and allow families to apply for mortgages based upon their merits as members of their communites? Banks can use their standard business practices to qualify a potential borrower but not use a "credit score" as part of the equation. This would stimulate home buying, create value in home ownership, spur more home building and stimulate the building trades, give a giant boost to the economy and re-ignite the idea that Americans should have the ability to raise their families in a home they OWN! The beauty of this...it comes at no cost to the taxpayer. Where is the flaw in this? No one gets a free ride, but no one is being shackled by the ridiculous (in most cases) and arbitrary credit scores.

Let's cut the American people a break and quit racing toward a depression.

Please take the time to respond to this and point out whatever flaws this line of thought has. Is there a better way to streamline this idea and make it work? LET'S FIX THE ECONOMY!

I think you have a great idea, I don't think the government is listening and frankly they are too stupid to understand how to fix it. Can't expect a bunch of career politicians/lawyers to do any good.

If they took the bailout money and gave it to the consumers the economy would be fixed.  People would spend, pay down their loans instead of default and the economy would thrive again!!  We don't even have any idea where the money went now.

I agree that to a big extent the credit score is warped, but I don't think banks could function these days without it.  People would have to become people again to them rather than a number - an anonymous score.

Dec 25, 2008 03:14 PM
LIKE
#3
Rainmaker
206,567
Kent Anderson
Coldwell Banker Resort Realty, Sandpoint, Idaho - Sandpoint, ID
from Schweitzer to the Lake
If this proposal actually works from a lender's perspective, we've got to get this in front of the right people and eliminate credit scores as they are reported today. I am a realtor, I am not a lender...Keep the comments coming! Keep the ideas coming, I'll do the legwork!
Dec 25, 2008 03:19 PM
LIKE
#4
Rainer
109,207
Ron T. Weems Jr.
Weems Property Group | KW North Sound - Bothell, WA
Managing the details one home at a time.

You know Kent that just make to much sense. I understand exactly what you are talking about, but if you were to go to congress to try to get something like this introduced, they would find a way to keep it from happening.

The VA does not use credit scores.  They do however require good payment history.  That seems like a reasonable requirement.  If the borrower has a negative hit on their credit they need to explain it and show who they corrected the problem.

Sounds good.  However, the people with the money are waiting for this to tank so they can pick up assets at 20c/$.  By withholding funding and using credit scores as part of the reason, they are creating a self-fulfilling prophecy.

Credit scoring is killing a lot of folks.

The root cause of the problem is that big business and government have created an unholy alliance.  The government just opened the money troughs up to these corporations to stick their snouts in.  In the meantime, the government had created laws that forced banks to undertake poor lending practices in the name of "equality" and equal access.

BS.  Socialism is what is killing this country.

And the rich get richer and the poor get poorer.

Killing the economy has just about killed off the American middle class.

It's O.K. because the rich got their money before the economic house of cards came tumbling down.

Kent:  You are forgetting one thing:  the man on Main Street has very little representation in today's Washington DC...   The pilfering of America has been so blantant lately and guess what?  They're getting away with it!

Dec 26, 2008 01:49 PM
LIKE
#9
Rainmaker
206,567
Kent Anderson
Coldwell Banker Resort Realty, Sandpoint, Idaho - Sandpoint, ID
from Schweitzer to the Lake
You would think the NAR would use their lobbying power in DC to make sure a good portion of the $ lending institutions now have available to them would get into the hands of families that both need and deserve it.
Dec 26, 2008 02:06 PM
LIKE
#10
Rainer
11,271
Tracy Miller
Canton, MS
S. S. Specialist

Kent:  I enjoyed reading your blog.  It was very well written, and I like your idea about ignoring borrowers' credit scores.  I agree that it would be a great way to help stimulate buying again.

You know our country was built on capitalizism. It would be a great to not have to use credit scores to qualify buyers for homes. But, good old corporate america will not allow that because then your companies that came up with the idea of FICO scores would be out of business. I do agree with your logic. It would correct our country economy a lot faster. Even though, I feel it will correct itself. I think it will take a much longer time to do so. 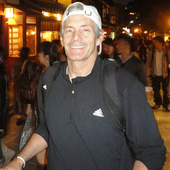