Don't Even Think About It
We have had a Holiday present from the government. Yes, the Federal Reserve Board has lowered short term rates close to zero.  Yes, the government continues to facilitate the lowering of rates on mortgages by declaring their intention to support the markets for mortgage by purchasing mortgage-backed securities. However, don't even think about it. As much as we have said that the rates on mortgages must fall in order to facilitate a housing and thus economic rebound, they are not going to zero percent. They are not going to two percent. They are not going to 4%.  Why not?

The Fed controls short-term rates. When short-term rates go very low, the threat of long-term inflation increases. And it is this threat of inflation that will keep rates on longer-term loans high. There is no inflationary threat now, but there is the specter of inflation on the long-term horizon. This is especially true because the government is currently spending trillions on fiscal stimulus. In addition, the fact that long-term Treasuries have lowered is a direct result of a flight to safety during a crisis. There is no safer place to put investments than bonds backed by the US government. Mortgages are certainly not considered a safe investment. When the crisis abates, which will be good news, rates on Treasuries will rise. But if the end of the crisis brings a housing recovery, it does not mean that rates on mortgages will rise significantly because they will become a safer investment.

The message? We have the lowest rates in almost half-a century. Don't be waiting for better news!

I am with you. The window is closing. While we will have some small drops it is time to lock.

I have been advising my clients to take action, NOW!

I totally disagree, but for different reasons that I won't allay here.  I think that they're destined for the low 4's.  However, I totally agree that I tell my people to refi now.  No one truly knows.

I read an article where Paulson was asked directly about super low rates...he said it was not happening, and they had no plans.  It was not something that was in the works.  The current rates are great right now.

Thanks for the comments.

Larry, I didn't write this, but I don't know how you can declare you disagree when the low 4's is still not 4.

Jim, I did not read that article, thanks for the info!

You never know what they will come up with!  I hope they do go to 4% so everyone can refi and keep their homes!

Rates are great, long term rates are higher (almost always) than short term to compensate investors for taking a risk of having their money tied up longer.  If rates go much lower, why would banks want to loan to homeowners when there are more liquid, shorter term investments paying more? 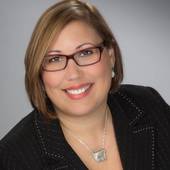