Home prices posted another record decline in October, falling 18% compared with a year earlier, according to a closely watched report released Tuesday.

The 20-city S&P Case-Shiller index has posted losses for a staggering 27 months in a row. In October, 14 of the 20 cities set fresh price decline records.

"The bear market continues; home prices are back to their March 2004 levels," says David Blitzer, Chairman of the Index Committee at Standard & Poor's.

Sunbelt cities suffered the most, but most of the country is watching home values fall. In Phoenix prices have plunged 32.7% since October 2007, Las Vegas home values are down 31.7% year-over-year, while San Francisco prices fell 31%. Miami, Los Angeles and San Diego recorded year-over-year declines of 29%, 27.9% and 26.7%, respectively.

"While not yet experiencing as severe a contraction as in the Sunbelt, it seems the Pacific Northwest and Mid-Atlantic South is not immune to the overall demise in the housing market," Blitzer added. 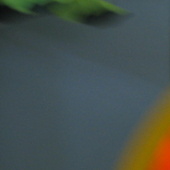