Below are the major changes to driving regulations and vehicle equipment.

(SB 28, Simitian) This new law makes it an infraction to write, send, or read text-based communication on an electronic wireless communications device, such as a cell phone, while driving a motor vehicle. Previously this was only illegal for individuals under 18 years of age, but now has been expanded to all drivers.

(AB 1165, Maze) This new law prohibits a convicted DUI offender from operating a motor vehicle with a blood alcohol level (BAC) of .01 percent or greater while on probation for DUI. The law requires the driver to submit to a Preliminary Alcohol Screening (PAS) test, a portable breath test to determine the presence of alcohol. If the driver refuses, or if the driver submits and has a BAC of .01 or greater, a citation will be issued, the driver's license will be taken and driving privileges will be suspended. In addition, the vehicle will be impounded.

(SB 1190, Oropeza) This new law reduces the BAC from .20 percent to .15 percent or more at the time of arrest to trigger a requirement for the court to give heightened consideration for the installation of an IID for a first-time offender convicted of DUI of an alcoholic beverage.

(SB 1388, Torlakson) Effective July 2009, this new law transfers authority for the administration of mandatory IID programs from the state courts to the Department of Motor Vehicles (DMV). This law also authorizes the DMV to require any driver convicted of driving with a suspended license due to a prior conviction for DUI to install an IID in any vehicle that the offender owns or operates.

(AB 2802, Houston) This new law requires the court to order a person convicted of alcohol-related reckless driving to participate in a licensed DUI program for at least nine months, if that person has a prior conviction for alcohol-related reckless driving or DUI within ten years. Additionally, the court is required to revoke the person's probation for the failure to enroll in, participate in, or complete a licensed DUI program.

(AB 2272, Fuentes) This new law changes the definition of a motorcycle by deleting the weight limitation and deleting the separate definition for electrically powered motorcycles. The law will now allow fully enclosed, three-wheeled vehicles to have access to high-occupancy vehicle (HOV) lanes regardless of occupancy.

(SB 1720, Lowenthal) This new law makes it an infraction for anyone who forges, counterfeits, falsifies, passes, or attempts to pass, acquire possess, sell, or offer for sale a genuine or counterfeit "Clean Air Sticker."

(AB 2714, Keene) This new law eases restrictions on cargo loads of straw or hay to allow individual pieces that do not pose a threat to life or property, to escape from bales of straw or hay that are being transported by a vehicle upon a highway, so long as those bales are loaded and secured according to federal regulations.

(SB 1509, Lowenthal) This new law provides an increased penalty for assault and battery crimes committed against Caltrans highway workers who are engaged in the performance of their duties.
Like favorite_border
favorite_border 0
Re-Blog
repeat 0
bookmark_border

Hi Mark - nice to see you back!!! Thanks for the update on the laws - I still cannot believe we need a law about texting and driving - it seems like common sense. But it must be there to protect us!

Wishing you and your family a happy, healthy and prosperous 2009!

Anything that is a distraction to a driver, law enforcement has the right to cite you if visible. So no eating, or drinking while driving. I just saw this on the news. CHP is cracking down. 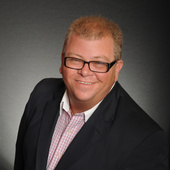