Ok, it's not what you think! Yesterday, I went from Atlantic City to New York city with a 6 year old boy in tow. I prepared extra food, toys and plenty of diversions. As the day progressed, not unlike all 6 year olds his attention span became shorter and my ability to keep him focused became more challenged. (like our buyers about mid afternoon)

It suddenly dawned on me, in my back to basic moments, that I can't really get what I want if he doesn't get what he wants.

Isn't this somewhat like working with a buyer. We can't get what we want if they don't get what they want. Don't we often head into a home showing without really knowing what the buyer wants. We pick out a dozen houses to show and hope that something speaks to them.  Besides the usual 20 questions, two story, pool, yard interview it struck me that the answer is not always in those basic questions. How about the perfect home that they won't buy and we can't figure out why? Maybe it's an exterior color they hate or some unexplained bad memory of a house color from a previous marriage, or a bad knee that prevents them from looking at a house with a step down in a foyer. Sometimes the buyer motivation is anything but what is xpected.  Finding what they like might be easier. Finding out what they DON'T like might be a bit more work.

Truth is you're never going to the bank unless you buy into their priorites. They don't have to be agreed with, just understood and respected.

As far as the little six year old, he just wanted to be in control of the situation. He didn't want to have his hand held. We put his mom in front and me behind him and it gave hime a sense of independence. Here again, not too different than many buyers.

Food for thought as we head into a new year. 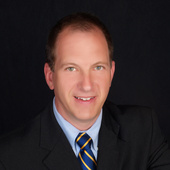