It's a new year with new joys and challenges in 2009.  While many post stories of the year in review, 2009 resolutions, or challenges faced by [insert industry here] in 2009, I just wanted to say, "Happy New Year" to all my readers and share a couple of fun random things to read and watch while you (hopefully) enjoy some time off.

Ancient Egyptians originally celebrated the New Year with the Feast of Opet around the middle of June, which was when the Nile River usually overflowed it's banks.  It caused people to be unable to work so it was a good time for festivities.

The original New Year's Eve Ball in New York weighed 700 pounds, was 5 feet in diameter, and was decorated with 100 25-watt light bulbs. The 2008 (or is it 2009) ball is a 12 foot geodesic sphere, double the size of previous balls, and weighs 11,875 pounds.  It is (was) covered in 2,668 Waterford Crystals and powered by 32,256 Philips Luxeon Rebel LEDS.  This newest ball is capable of creating more than 16 million colors and billions of color patterns.  Quite a change in the last hundred years.

Check out this history channel video about the history of New Year's.

I wish everyone a safe, profitable, and happy new year in 2009.

Hi, Happy new year from Jonesboro Arkansas. Hope you the best in 2009!! 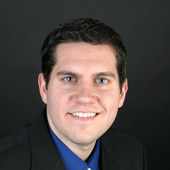