Merry Christmas, Burlington homeowners: The value of your home rose about 3.1 percent this year, placing you and your neighbor in the fifth best-performing market in the country.

The figures are for the first three quarters of 2008, according to a study by Zillow, a real estate information company that tracks home values and trends in the industry.

Compared to the 8.2-percent average drop in home values nationwide, Burlington's housing market is among the best performing in the country.

In fact, North Carolina's home values fared better than most of the nation this year. Along with Burlington, Jacksonville is ranked at No. 1 and Winston-Salem is ranked No. 3, each with home values rising more than 4 percent.

"We still have buyers in the market and all indications are that next year will be better. Industry is still growing in North Carolina," she said.

Increasing home values are good news, and buyers continue to hold the upper hand in the real estate market, but home building and business development is still near zero, says Marlene Sanford, president of the Triad Real Estate and Building Industry Coalition in Greensboro.

"Builders here are doing about 10 percent of the business they were last year, if they are still in business at all," Sanford said. "We never had a bubble here. They aren't doing well at all."

Out of 163 metro areas Zillow tracks, only 30 saw gains this year. Along with N.C.'s cities, State College, Pa., and Anderson, S.C., round out the top five.

All five of the worst-performing markets were in California.

Zillow calculates the median value of all single-family homes, condos and cooperatives in a given area using a formula based on its estimated values of individual homes. 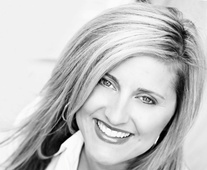