This is just sad.  I'm really going to miss going out for dinner and a show.  There is also an article posted in the repository.

An Akron institution, The Carousel Dinner Theater, has been forced to close in this faltering economy. I have been to many shows and dinners there and it is one of the best around the mid west to see live national entertainment, how sad! I, personally, know the stage manager and his family and wish them the best of luck in this trying and difficult moment, as well as the 150 other people affected by this bad news!

From the official website of the Carousel Dinner Theater;

"The Carousel Dinner Theater, LLC has canceled its 2009 season and closed its doors effective January 4, 2009.

For the past year, the economy has materially affected the theater's attendance and its ability to make cost adjustments to keep pace with the decrease in attendance. The final tipping point became the reversal of certain stakeholders' written or verbal promises that would have had a major impact on the theater's continuance for the 2009 season and beyond.

Mr. Joseph E. Palmer accepts full responsibility for this action and regrets the impact on one hundred fifty employees and their families and all others affected by this closure.

The Carousel Dinner Theatre began operations in 1973 in a converted Ravenna, OH supermarket and the Carousel moved to its current Akron location at 1275 East Waterloo Road in March, 1988. In January, 2003 the partnership of Joe Palmer and David W. Slaght acquired the business.

Each musical is self produced using equity actors under the direction of an exceptional artistic team. During the past few years, new directors and designers have significantly raised the level of production values on stage and have caused a "buzz" in New York resulting in a higher caliber of actor wanting to work at the Carousel.  This coupled with newer musicals being released to regional theatres gives cause for a whole lot of excitement and fun. There is always something happening at the Carousel. 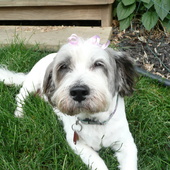