The Houston county real estate market saw a lot of changes in 2008.  We certainly saw less closings, fewer buyers and lower incomes for some real estate professionals.  Some of our local companies closed up.  Some agents gave up their licenses.  Others just went broke.  May and June were the busiest months.  We closed slightly over 200 homes each of those 2 months.  December was the slowest, though not dead.  We still managed to close 120 homes for December.  All together, the entire CGMLS closed a total of........... 2 0 0 8  single family detached homes in 2008!!!  This was all for single family detached homes in all counties the Central Georgia MLS covers.  The most homes sold was not in any subdivision.   But when looking at subdivisions, the most turnover was in Eagle Springs subdivision in Centerville.  There are a total of 11 separate "sub-divisions" in this complex.  But the most popular (the most sold homes in 2008) is the Grove Pointe subdivision.We closed a total of 39 in Eagle Springs, with 21 being in Grove Pointe.  After Eagle Springs in popularity comes The Arbors in Byron.  These homes were built between 2006 and 2008.  We sold 27 homes there in all of 2008.  There is a tie for third place between Rose Hill and Kensington.  Both are very popular subdivisions.  Fourth place is Southfield Plantation in Bonaire, fifth place goes to Bridlewood in Bonaire, and sixth place is Pembroke. More details on each of these subdivisions at a later date.  Happy New Year!! 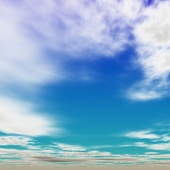