The investment bank Credit Suisse is now predicting that 6.5 million American homeowners -- that's one out of every eight that has a mortgage -- will end up in foreclosure over the next five years.

In a report this week titled "Foreclosure Trends: A sobering reality," Credit Suisse predicts home prices will continue to fall throughout 2008 and 2009, causing a huge wave of foreclosures.

"... We estimate a total of 6.5 million loans will fall into foreclosure over the next five years, with the peak in 2008," the report says. "That estimate includes about 1.2 million loans currently already in foreclosure ... The coming flood of new foreclosures could put 8.4% of total homeowners, or 12.7% of homeowners with mortgages, out of their homes."

Other key points in the report:

One out of every 194 U.S. households received a foreclosure filing in the first three months of 2008, according to the latest figures released earlier this month by Realty- Trac. There were nearly 650,000 foreclosure filings -- which include notices of default, auction sales and bank repossessions -- issued during the first quarter of 2008. That's up 23 percent from the last quarter of 2007, and up a whopping 112 percent from the same period a year ago. As REO listings flood local housing markets throughout the nation, it's clear that the glut of REO's is not only building up overall inventory, but also pushing down housing prices as well. Most people tend to think of the effect of foreclosures and vacant REO properties in an aggregate sense; they're bad for neighborhood stability, are prone to illegal activity, and tend to drag prices down as a result. And, of course, as housing inventory rises and sits on the market longer -- REO or otherwise -- downward pricing pressure tends to result.

According to industry analyst Radar Logic, bank-owned homes now tend to be discounted so heavily relative to the rest of the housing inventory, that in markets where REO has become prevalent enough, a pretty large divergence now exists between REO sales prices and everything else. Look at San Francisco, Calif., where prices are off 14.1 percent relative to one year ago: REOs represent nearly 46 percent of the all active listings. One factor responsible for falling prices is that lenders are pricing many of these properties at or below market value to unload them quickly to free up cash and prepare for the coming tidal wave of defaults in the near future.

This chart from Credit Suisse via the IMF shows the heavy subprime resets taking place in 2008, and shows the reset problems with Alt-A and Option ARM loans in later years. In case you are not familiar with the Option ARM loans they were the "fuzzy math" mortgages that allowed borrowers to qualify to purchase homes out of their reach with conventional mortgages. These mortgages typically allowed the borrower to choose how much they wanted to pay each month. Most of these homeowners are selected the minimum payments (negatively amortizing) and most homeowners will be upside down when the ARM resets. . In other words, their mortgage balance went up each and every month and now the house is worth less than the original mortgage amount. Now that these mortgages have matured, the payments skyrocket as much as 4-5 times what the borrower has been paying! Although many of the homeowners in the 2009 to 2011 reset periods will refinance (if they are not upside down), this shows that the problems in housing will linger for several years. What is especially concerning is the huge number of Option ARM resets scheduled to take place in 2010 and 2011.

The report concludes falling prices -- and resulting negative home equity  is "a primary driver of default and that the walkaway effect is alive and well." In other words, some people who have been paying their mortgages on time, and are capable of continuing to pay, will instead stop paying and walk away once they realize their home is no longer worth what they owe on it.

Likening the foreclosure crisis to a baseball game, the report says, "We are at best in the third inning ... global real estate investors are in the early stages of meltdown."

By 2009, the report predicts, 63% of sub-prime borrowers will be "underwater" on their mortgages -- owing more than their homes are worth

Folks, we are going to be very busy into 2012 and beyond! 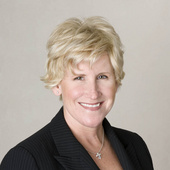 I invite you to design your perfect day. Realize personal and professional success with us through our customized coaching, consulting and training programs. So, Isn't it time to transform your professional life by investigating your dreams and creating real life strategies to achieve them?