A Phiner Bistro is located on Chester Road in Avon, Ohio across from Wal-Mart.  The restaurant is a very formal setting and the prices that you see on the menu could give you the impression that you will have an enjoyable meal.  However, when I had dined there with a friend of mine, we had only ordered one main dish each and an appetizer for the both of us to share.  There was a group of about eight people sitting close to us, and the rest of the restaurant was empty.   It took us about 3 hours until we were served our order.  We were trying to be patient since we weren't in a hurry, but it didn't seem logical to have to wait that long when it didn't seem very busy there, since it was on a Wednesday night.  We thought maybe that Phiner could have been short staffed that night, until we found out from another source that she chooses to have a very limited staff for a restaurant that requires much more help than it was getting.  We also were a little concerned that it took between 30-45 minutes just to be served a smoothie that we ordered.

The food was fairly enjoyable except for the appetizer that we ordered which was a crab cake.  We were able to tell by the sight and taste that it was no different than an instant crab cake which is cooked in a microwave, which was later confirmed by an employee that is was cooked in a microwave.   The food is very expensive, and we had our server kindly ask that we can get either a discount or a credit for our next visit due to our wait, and Phiner didn't accomodate us.   We had met Phiner when she came out to introduce herself, but she didn't even apologize for us having to wait very long, and we found out from other customers who we know that our wait time was quite typical in her restaurant.

We had also found out from a server who is currently employed there that they have lost customers before, because when they walk in they are not even greeted, and they end up leaving because they sit there for between 5-10 minutes without any acknowledgement that they are present.

Ultimately, we did have an enjoyable evening, but it was not because of the service from Phiner.  We do believe we were treated well by the only other staff member that she had working for her that day, and our main dish was enjoyable, but it definately was not what we would expect to take three hours to prepare.

If you are in the area, and are looking for a nice place to dine, you are better off walking a few doors down to the "Rush Inn: Bar and Grill," which offers good food at reasonable prices, and you will be able to eat and leave before you are eligible for social security. 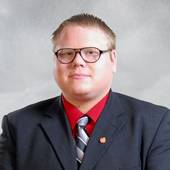