Yesterday afternoon I went to an open house in Berkeley, CA where they were doing a seminar on cohousing.

The Architect/Builderspoke first and you could really see his passion for the project, which is a two home/condo structure in West Berkeley with communal entrance and courtyard.  Most of you who know about cohousing might say - only two?  But that is all he could get zoning for and so did what he could within the parameters he was given.  But what a job he did on the greening of the project, the project has been Green Point Rated at 200 points. By comparison the current average for single family projects is 109 points and for multifamily 87 points.   I give you both as I am unsure which category this falls into.  He made good choices throughout without compromising style.  From the 24 inch overhang to the radiant heat in the floors powered by solar to the studs from the original structure used as railings, he took a systemic approach to building green.

The second talk was given by a couple who are very prominent in the move for cohousing, even calling themselves "Co-housing Evangelists".  They had an interesting style - she'd make a point, he'd finish it or make a point of his own that followed hers logically, and vice versa.  In most marriages or business partnerships, that would be a recipe for disaster.  But their style was seamless and easy to listen to, as a trainer myself, I was impressed.  Especially because part of what they do as advocates for cohousing is to facilitate members of a cohousing group to learn to cohabitate successfully - negotiation, getting along, rules and methods to make it work and be all it can be.  I could really see that they would be great at this because they obviously have incorporated the principles into their own relationship and business partnership.  They were a walking advertisement for their business, their cause.

Some of the ideas that came out of this were to partner with neighbors in adjoining multifamily structures to create a larger cohousing association, perhaps tear down fences, put in an adjoining door or two.  The sense of community was palpable; I can't wait to see what develops.

Chic Home Interiors does Home Staging, EcoStaging, Interior Redesign and Training in Staging, Color and Green Build Science. Our training arena is all of North America, while our design and staging is in the San Francisco Bay Area only.

Hi Joanne - Great story! Interesting to hear what is going on and I love the ideas that are developing. You said, "what they do as advocates for cohousing is to facilitate members of a cohousing group to learn to cohabitate successfully - negotiation, getting along, rules and methods to make it work and be all it can be."

This is so important in the advocacy of green building - learning how to walk the talk without compromising along the way. I believe this is possible. What works for one may not work for another, but there are many alternatives! You have given great insight to co-housing and how it may work for some! Thanks!

great post, love the idea and concept of 'Co-Housing' - -hope you sell a lot of green homes - all th best and good luck in 2009 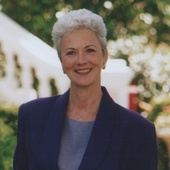