Foreclosures and Short Sales continue to account for about 50% of all closings in Cherokee County.

Second home buyers and retirees who typically buy in North Georgia Mountain and Lake Communities like Lake Arrowhead found their 401K nest eggs lose so much value they were more likely to postpone their home purchases and even postpone their retirement in 2008, resulting in a 50% decline in sales in that community.

Georgia Golf Communities, which are appealing to retirees as well as families, saw moderate to signficant declines in values from 2007 to 2008, with an average decline of 10.5% per a recent AJC report.  The Bradshaw Farm Golf Club Community as well as BridgeMill, Eagle Watch, Towne Lake, and Woodmont have seen prices decline as well.

Looking ahead to 2009, interest rates are below 5% which has increased buyer calls, showings, and offers lately.  I have negotiated one offer to a binding contract and am in the process of negotiating two more offers, and January is supposed to be the slowest month of the year!

The media oftens influences public perception, which in turn changes reality, and with the media's positive spin on the Obama presidency, many expect it to help consumer confidence. 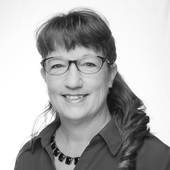