Mortgage bond prices remained volatile last week in thin trading conditions associated with the holiday. Daily movements in discount points often exceeded 1/2. Consumer confidence and ISM Index data showed continued economic weakness. However, weekly jobless claims were not as bad as expected. Stocks rallied mid-afternoon Friday on the first trading day of the year. Unfortunately this came at the expense of bonds, causing interest rates to spike higher. For the week, interest rates on government and conventional loans rose by 3/4 of a discount point.

The employment report Friday will be the most important event this week. It will be interesting to see how trading resumes the first full trading week of the year following the holidays.

Factory orders data is a monthly report released by the US Census Bureau. The release is officially referred to as The Advance Report on Durable Goods Manufacturers' Shipments, Inventories, and Orders.

Total factory orders break down to approximately 55% durable and 45% non-durable. Durable goods are items such as refrigerators, cars, and aircraft. Non-durables are items such as cigarettes, candy, and soap. The report is often dismissed due to the timing of the release. Durable goods orders are typically reported a week earlier making a portion of the factory orders data "old news." While some analysts dismiss the value of the factory orders data others point out the fact that the report provides a more complete picture than the initial durable goods release. Revisions to initial data along with non-durable figures are factored in providing a more accurate look at the condition of the manufacturing sector.

The stock market typically likes to see strong factory orders data indicating a surge in future production. On the other hand, bonds typically like weaker figures.

While the data is important, it may be overshadowed by developments in the Fed plan to systematically purchase mortgage bonds. Right now the Fed is saying the plan will take effect in early January but no definitive date was released as of this report. The Fed indicated the plan is to purchase up to $500 billion in agency mortgage bonds by the end of June.

Kevin....Welcome to ActiveRain.  This is a great community to network with others as well a great place to learn from other's experiences and knowledge.  I've enjoyed it; I hope you enjoy it as well.

Hi and welcome to Active Rain, a great site to network, share, learn, and have fun. Good Luck.

Kevin!! There was your picture at the top of the Cambridge page!! What a nice surprise to see a familiar face. 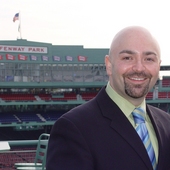