I've been meaning to post this for a while now and am just now getting around to it.

Zillow, had some great information posted recently about the best and worst performing markets in the nation. North Carolina is looking very well amongst the rest might I add. The figures which are for the first three quarter of 2008, were based on  the average drop in home-values nationwide which is around 8.4 percent. (Thats about a $1.9 trillion dollar loss in home-values nation wide) :(

All of the top-five worst performing markets for home-value changed were found to be in California, while three of the five best performing markets were in North Carolina!! The top five best-performing were Jacksonville, NC (+ 4.9%); Winston-Salem, NC (+ 4.1%); Anderson, SC (+ 3.5%); State College, Pa (+3.4%) and Burlington, NC (+ 3.1%)!!! How great if that! Now, if the media would just tell the rest of the world about this so we could motivate some buyers...and potential sellers!

Hi Lacy.  We can spread the word ourselves through our blogs without the support of the news media.  It's it wonderful to be "empowered"?  3 cheers for ActiveRain!

You are absolutely correct! But it is kind of sad that they only spread the "bad news" about markets and we have to rely on ourselves to get out the good stuff! ...and my hopes are that the good word will spread fast! Thanks so much!

There is no such thing as a real estate bubble as all of real estate is local.  Hurray for North Carolina.

Be careful what you ask for.  If folks in NC are looking at Zillow for home values, they may be inclined to want to list their properties at unrealistic prices.

I'm working with a buyer now trying to buy a $550K house for $450 because Zillow says that's all it's worth.

Very True! ...and I have ran across a similar situation myself. I believe that there will always be people with unrealistic ideas of their homes' worth...which is what makes our jobs so much fun! hahaha! (definitely a joke there) Although it is still exciting to see that there may be hope :) 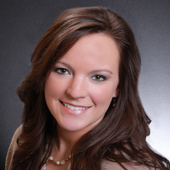