Now I am attempting to look out the window in vein because the snow is so profuse it has completely covered my window.  This year we have gotten the greatest amount of snowfall ever recorded here in Spokane, WA.  I wouldn't doubt it if we have already doubled last year's record and it is only January 6th!

One good thing has come from having so much snow over the holidays is that it gives you no choice of whether to get out there and shovel!  With the amount of holiday food I have eaten its amazing that I haven't gained an ounce.  Let's face it the holidays are a time filled with family, friends and overeating. All this exercise really balances out the food and I feel great!  Not to mention I might just have some really defined arm muscles by the time this is over.  The snow on the sides of our shoveled paths is about 2.5 times the height of my 9 year old son.  Like most of the residents here we too have managed to get stuck in our own driveway many times. (yes we really did have to shovel this entire pile of snow!)

A scary fact added to all of this snow is that many of Spokane's buildings and even school buildings have had their roofs caved in.  To add to the already weakening ecomomyhere many of the businesses have been forced to close due to heavy snow loads and treacherous road conditions.  There have been churches, stores, and even schools that have caved in.  It is terrifying to imagine how dangerous it could be if a school filled with children collapsed under the weight of the snow.  The sheriff knew this when he ordered every school in Spokane County to be closed on this past Monday, January 5.  They believe all of the schools are sound now so some of the schools have resumed class. I think my kids may have been praying for this because they have managed to get four extra snow days added to their winter break already.  Last night they came screaming through the house up to my room ecstatic that their school had been cancelled again.  I want to see how excited they are when they are sitting in their classrooms at the end of June. :}

Unfortunatley, it is also having a very negative impact on our Real Estate economy.  Needless to say withthe roads being so dangerous there are not too many people out looking at homes right now.  This combined with the additional cost of keeping roofs and pathways cleared sellers and builders alike are feeling the extra pinch for sure. Snow can be beautiful.  It can blanket a simple field with white and transform it into a scene of peaceful bliss.

Happy Shoveling to all of you Spokanites!

Oh my goodness!  How do you stand it?  While it is beautiful, I bet you have a lot of cabin fever!  Here in NC we are tickled with 2 inches and ready for it to be gone a day later. Nature is awesome!

Hello Marie, That is just a little too much snow to bear!!! Shovel shovel shovel, the wind blows and it snows and shovel some more!! Do you feel like you are in the twilight zone?!! Hang in there, it will soon be spring, and just a bad memory. But oh, I know how you are feeling right now!! Take care, be safe and stay warm.

While I love to see pictures of it - I certainly dont want to see it here.

Wow, 63 inches of snow.  I have never seen that and hope that I don't in the near future.  I don't know what I would do couped up all that time...

Kathy, I think I am fairing ok only because I work from home so I am used to not going out.  Fortunatley for me I have not had to miss work because I can't get there unlike my hubby.  I am just MORE than ready for the kids to go back to school.  This has been the longest 3 week Christmas vacation on record (at least it feels that way) :).  What I wouldn't give for only 2 inches!

Tim and Pam, I am definately considering migrating south.  A few more years of this and my hubby may just have to put in for a transfer to greener pastures.   You know something strange is going on with the atmosphere when New Orleans gets snow.

Michael, I said the same thing :).  After last year I was in denial of the predictions that we were going to have another big snow fall year.  The scary thing is that we typically get the majority of snowfall in January and February.  I don't know what we are going to do if this continues. 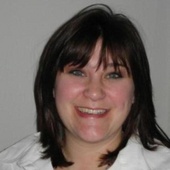