I disagree with the pessimistic reporting that plagues the media.  If things were as bad as the great depression, we would be sitting in homeless shelters and eating at soup kitchens. Not waiting in lines at the malls, packing the zoos, the malls and the movies.  Did you see the people fighting over $50 WII games and the lines at Coach?  It is crazy.  Did anyone notice that everywhere you went this Christmas it was packed and you were waiting in line and could not find a parking place?  Remember, I live in Jacksonville, Florida and we have been hit hard by the over inflated real estate market. But I saw firsthand people were not sitting at home eating big pots of rice for meals.  They were eating $7 sushi and waiting in line to eat at very nice restaurants like Bonefish Grill that I would have thought as luxurious 10 years ago.

A funny thing happened to me, my mother passed away in November and I was going through some of her things and there were some newspapers from September 1992 from the Detroit Free Press.  If you recall this was when George Bush Senior was at the end of his lame duck term as president and we were getting ready to elect a new president.  We were in the Gulf War and we had just experienced Hurricane Andrew, the economy was terrible.  There was even an editorial about getting cars to have 40mpg gas mileage.

Remember all of the job losses of the 1990's, I had just graduated from Florida State University and was working at Walt Disney for $5.35 an hour, where I had done my internship the previous summer. I went back to Disney because the job market was so horrible. There was hardly any companies hiring at this time, they did not even show up for the career show. Then my hours were cut and my 2nd job started bouncing checks to me.  I could not afford my $225 apartment so my dad told me to come live at home and find a different job.

I was so determined to get experience I begged to work for free and wait tables at night so I could just learn the business world.  You know what happened next, I found a paid job that I was willing to work for free because I was so determined to get experience.  They actually paid me $18,000 a year at the Prime Osborne Convention Center, in Jacksonville, that was a dream job for a kid right out of school.  I guess they figured if I was willing to work for free, I would be willing to do the things the big bosses were not willing to do, like work nights and weekends. I got to plan parties, events and do what the other long time city employees did not want to do.  My friends would ask how did you land that job?  I did not make the best grades or have the best resume.  What they did not understand is that determination, working hard, losing your ego and doing what nobody else is willing to do, is what makes you successful.

Does anyone remember what happened after the recession of the early 90's, people forgot very quickly?  They started spending all of the money they had saved during the recession very quickly once the confidence was restored.  Maybe this recession is worse than the 90's but I am not seeing it. I have still sold houses and I still grossed about 3.5 million in sales. Not nearly what we did in the boom years, but I cut back on spending, went bare bones, got back to basics and spent quality time with my mother who died of cancer in November.  I practically took the year off and worked very little.

I wish the media would ask the Realtors what they are seeing on the front lines of this mess.  We are seeing showings way up.  I have had 10 showings on my properties since New Year's Eve, (more in one week since the beginning of October). Contracts are starting to come in and people are feeling like it is the time to buy because the prices and interest rates are so darn cheap.

Yes maybe the American people have decided not to supplement the CEOs elaborate salaries, maybe they were tired of seeing their bosses jetting off in their private planes and yachts while they were busting their butts to make their huge mortgage payments.  Maybe Americans were tired of trying to keep up with the Jones's and wanted to get back to basics.  Money does not buy happiness if you have a fulfilled life.

My personal opinion is that this market would turn around if people made the hard choice of not being greedy and making the hard decision of selling their property for what they can get for it, not what they thought they could get for it 2 years ago.  I am so tired of the moaning.  Get off you butts America, get the prices where they are affordable, don't overbuy, and let's get this economy moving.  Let's get real estate back to what it was meant to do, provide your family with a safe and secure home to live and raise your family in.

I wish you "the Media" would stop the bitching and moaning and start reporting from the real Middle America!  You may have just bitched and moaned yourself out of a job.  People are tired of the negativity; they don't want to read it anymore!

Happy New Year from one really determined agent to get her customers some great deals in real estate and make her customers RICH!

Wow!  This is a great post!  What inspirational words.  Really puts the current situation into perspective.  Keep on selling!

I had to get on my soap box for the New Year.  If we don't speak up, the will just keep killing us with negative media.

Have a great New Year, and you keep selling too!

Great post! I'm a saver of old newspaper articles and it's amazing how doom and gloom - the world is ending stories never stop. Our market too is busier recently - I've had a bunch of buyer tours this week.  The newspaper is always behind the curve on the state of the real estate market.  Here's to a great spring!

Love the post eden. I love it when you speaks the truth! 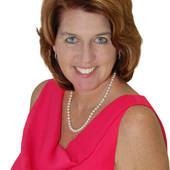 over 12 years ago
bookmark_borderbookmark
I am excited and honored to be on the Vanguard Tea...
View more Recent Posts   arrow_forwards