Over the last 18 months I have increasingly noticed agents struggling to close transactions on a regular basis, yet alone earn enough money to pay their mortgage, utility bills, and car expenses.  When annual Realtor association dues roll around, more frequently than ever, I see people contemplating whether or not they should renew their membership or if they should place their real estate salesperson license into a referral company or even send it back to the State on Inactive Status.

I was having coffee with a group of friends in the business one day and a gentleman, who I'll call Bob, who has been around for 5 or 6 years mentioned he may have to begin looking for a job outside of real estate sales in order to keep food on his family's table.  I understand why he is feeling the pressure, and I respect the importance he has placed on his duty to provide for his wife and children.  However, what Bob wasn't getting is he already has a job.

He has a job of selling real estate.  The kicker is that Bob simply isn't doing his Job!  Starting about 6 or 7 years ago, the amount of agents in the business climbed dramatically as the market boomed across the United States.  When I was recruiting Realtors to work in a brokerage in Miami during those years, I was blown away at the number of bartenders, former models/actors, teachers, lawyers, MBAs, etc. that saw their neighbor making good money in real estate and decided they should join in the game!  All they had to do was borrow a listing from someone in the office, or go sit in one of the Developer's pre-construction sales centers, and they'd make six figure incomes.  Everyone was buying and flipping real estate, even the ones who didn't have any money or any real right to get a mortgage, were able to find some lending institution that could care less if the purchase made legitimate financial sense to the borrower!  As long as they could fog a mirror and had a 680 FICO, they could borrow as much money as they wanted.

Many of the real estate agents at that time were nothing more than overpaid order takers.  Even many seasoned agents who had been in the business prior to the boom began to get lazy on their laurels and work ethic.  What came next was a shock to most of us.  We were all walking around in La La Land believing it would never end.  But alas, in a screeching halt, the world of easy money crashed into the Green Monster.  You could no longer find buyers loans, you could no longer get a home to appraise, your sellers were all upside down in their home and couldn't sell, foreclosures crept up, and the number of closings taking place dropped.

The local absorption rate (number of closings last month divided by total number of actives) of listings in many areas went from 1 or 2 months to over 2 years!  That's when the order takers began to realize there might be more to this business in the long run than sitting an open house or working in a developer's office.  That's also when those who saw the trend coming, or who reacted quicker than others, began to capture market share due to a re-committed focus on lead generation instead of order taking.  It came time to become pro-active if they were going to stay in this business.

And that, to bring this convo full circle, is where Bob failed.  He waited too long and now he can't seem to recover.  My question for you is, if you were the CEO and President of the company you worked at would you fire yourself?  If you aren't doing the activities that you know need to be done in order to create an appointment with a prospective customer, than you would probably fire yourself.  Now, I don't want Bob to fire himself and go find another job.  He is a great man with a loving family, and he can succeed at a high level if he is willing to simply pull up his bootstraps and jump in the trenches to go get business.  What kills me about people getting out of this business is, where else can you have little or no formal education, take a 2 or 3 week licensing class, pay a measly $1500-2000 in Dues, and earn an incredibly high income?  And you'd rather go somewhere and make $30,000 per year clocking in and out for the boss man?  Get Real!

If you dream about having freedom, flexibility, and wealth, this is one of the greatest industries on the face of the Earth to be involved in.  All you have to do is become a master at lead generation, and we are going to talk about the tactics, scripts and focus needed to help you get there.  We will be breaking down the (15) sources of leads so you can take a close look at what areas you will be excited about embracing and mastering.  Because here is a simple truth, you don't have to master all of the sources of leads tomorrow.  As a matter of fact, many agents never do because there simply isn't enough time in the day as a solo agent.  I wouldn't recommend it any way.

There is a great story I was told once about Singleness of purpose.  That analogy says succeeding in business is like the steady drip of water onto a boulder.  Over time, with its repetitive drip, one day that boulder will split in half due to its singleness of purpose.  If you try dripping on many rocks at once, you will never get the results you are looking for, the result of breaking open this business.  All you need to do is master 2 or 3 sources of leads, and I mean Master!  The Key is Consistency and Frequency.  Over and Over and Over and Over.  Real Estate Sales success is not complicated; it is about mastering the mundane.  It is about spending time on the task with purposeful intent.  Anyone can do it if they have a big enough reason.  Maybe Bob doesn't have a big enough reason yet, my question is...do you?

If you'd like to discuss how a coaching relationship may make sense for you, please contact me for a complimentary consultation.

Jeff helpful tip I came to read your blog, the tag line was intriguing but awww too many words on the screen. I cant read it. Break it out into paragraphs add some bolding but at the very least put it into paragraphs. You will have a much better following.

Thanks, Heather.  I appreciate the insight.  I shouldn't have cut and paste in such a hurry:-)

Enjoyed the post..., finished the "punch the clock" routine in October of 2009 and I don't intend to ever go back...

Jon, how exciting!  It's all about taking focused action in today's market.  Hold yourself accountable to making at least 20 contacts per day, 5 days/week, first thing in the morning.  Nail your FSBO and Expired Scripts, nail your referral based scripts for your Sphere of Influence, and there will be no stopping you.  An agent in my Memphis office got laser focused last week using just 2 scripts(SOI and FSBO) and took 6 new listings and 10 new pre-approved buyers totaling about $2.5M in volume.  Not a bad week:-).  This is an ideal market for people willing to hunt down the business to capture an extraordinary amount of market share!  Keep me posted on all of your future success! 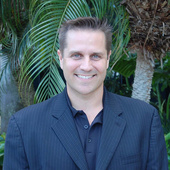 Insight, tips, strategies, stories coming from 13 years of sales experience, 5 years of recruiting experience, and 5 years as a sales trainer/consultant to many top producers around the country.